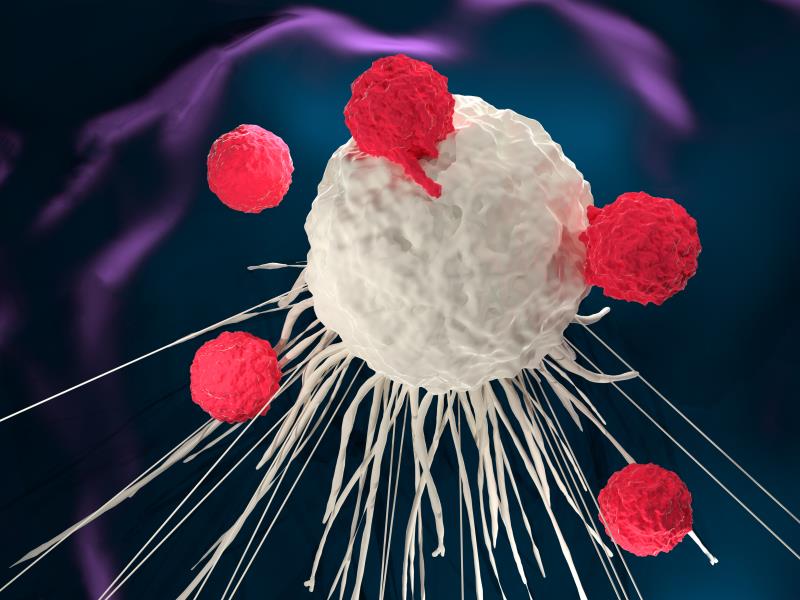 Treatment with a chimeric antigen receptor (CAR) T-cell therapy yields high response in patients with relapsed/refractory (R/R) indolent non-Hodgkin lymphoma (iNHL) — driving tumour cells down to undetectable levels in close to 80 percent of these patients, according to the ZUMA-5 trial presented at ASH 2020.

After a median follow-up of 17.5 months, 92 percent of the patients achieved an objective response, with 76 percent being a complete response. Not only were the responses consistent in patients with high-risk features, such responses were still ongoing in 62 percent of patients at data cut-off.

“We were very impressed with the magnitude of the responses, and also the durability,” said lead author Dr Caron Jacobson from Dana Faber Cancer Institute at Harvard Medical School, Boston, Massachusetts, US.

While NHL is typically a slow-growing disease, relapse is common after standard therapy — thus underscoring the need for new treatment, Jacobson explained.

“[CAR T-cell therapy] has meaningfully impacted high-risk patients with these diseases. I was also struck early on by how favourable the safety profile was compared to what we’ve been seeing in the fast-growing lymphomas,” she highlighted.

All patients received a single infusion of the CAR T-cell therapy axicabtagene ciloleucel (axi-cel) at 2×106 CAR T cells/kg, after leukapheresis followed by conditioning therapy with cyclophosphamide/fludarabine.

The overall objective response rate (ORR) was 92 percent, of which 76 percent was a complete response.

When stratified by malignancy type, 94 percent of cases with follicular lymphoma and 85 percent with marginal zone lymphoma showed response. Of these, 80 percent and 60 percent, respectively, were complete responses. Moreover, deeper responses were seen with increasing time.

In addition, ORR was consistent across key high-risk subgroups defined by GELF, FLIPI, or POD24 criteria, prior lines of therapy, and refractory status.

At 12 months, 73.7 percent of patients survived without disease progression and 92.9 percent were still alive. Progression-free survival (PFS) appeared to be longer in the follicular lymphoma subgroup than the marginal zone lymphoma subgroup (77.5 percent vs 45.1 percent), although median PFS and overall survival have yet to be reached.

In terms of safety, adverse events (AEs) were reported in almost all patients (99 percent). Eighty-six percent experienced AEs of grade ≥3, with neutropenia being the most common (33 percent), followed by decreased neutrophil count (27 percent) and anaemia (23 percent).

Cytokine release syndrome (CRS) of grade ≥3 occurred in 7 percent of patients while grade ≥3 neurologic events occurred in 19 percent. There were three deaths, of which one was attributed to axi-cel, resulting from CRS.

Previously, axi-cel has been approved for patients with R/R large B cell lymphoma who had failed two prior lines of therapy, based on results of the ZUMA-1 trial.