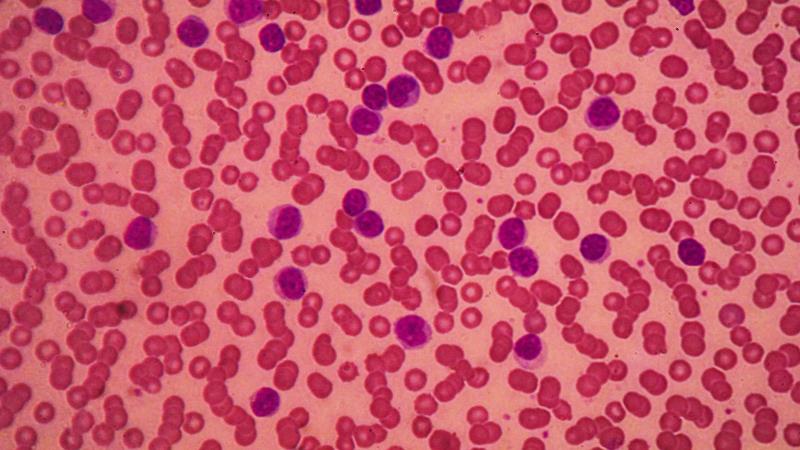 Patients with relapsed/refractory (R/R) chronic lymphocytic leukaemia or small lymphocytic lymphoma (CLL/SLL) may have a greater response to zanubrutinib than ibrutinib as well as better progression-free survival (PFS), according to the first interim analysis results of the ALPINE trial.

“In this interim analysis of the randomized phase III ALPINE study in patients with R/R CLL/SLL, zanubrutinib was shown to have a superior response rate, an improved PFS rate, and a lower rate of atrial fibrillation or flutter, compared with ibrutinib,” presented study author Professor Peter Hillmen from the St James University Hospital, Leeds, UK, at EHA 2021.

The results were based on analysis of the first 415 (of the planned 652) patients (median age 67 years) with R/R CLL/SLL who had been randomized 1:1 to receive zanubrutinib (160 mg BID; 68.6 percent male) or ibrutinib (420 mg QD; 75.0 percent male) until disease progression. Patients with prior exposure to Bruton’s tyrosine kinase (BTK) inhibitors were excluded, as were those on warfarin or other vitamin K antagonists. About 62 percent were aged ≥65 years. Just under 20 percent of patients had del(17p) and/or TP53 mutation, and 25–30 percent had del11q mutations.

When looking at specific mutations, zanubrutinib improved ORR compared with ibrutinib in patients with del17p mutations (83.3 percent vs 53.8 percent). The ORR outcomes generally favoured zanubrutinib in analysis of various subgroups including age, sex, disease stage, and del(17p) and/or TP53 mutation.

The pre-specified safety endpoint of atrial fibrillation or flutter occurred at a lower rate among zanubrutinib than ibrutinib recipients (2.5 percent vs 10.1 percent; 2-sided p=0.0014*).

Approximately 87 and 75 percent of zanubrutinib and ibrutinib recipients, respectively, remain on treatment.

“The treatment of CLL/SLL has been transformed with the advent of effective inhibitors of B-cell receptor signalling, such as the BTK inhibitor ibrutinib,” said Hillmen.

“Zanubrutinib, an irreversible, potent, next-generation BTK inhibitor, is designed to maximize BTK occupancy and minimize off-target inhibition of TEC- and EGFR-family kinases,” he continued. The hypothesis was that zanubrutinib would both minimize ibrutinib off-target inhibition-related toxicities while also improving outcomes.