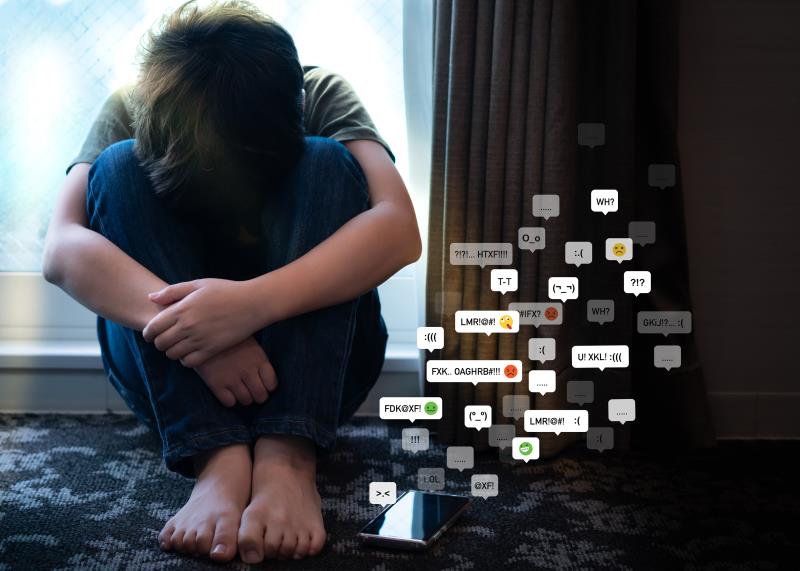 For children, being at the receiving end of online bullying makes them 12 times more susceptible to suicidal thoughts and actions, with the risk exacerbated by increased use of social media, as shown in the results of a meta-analysis presented at the virtual American Psychiatric Association (APA) 2021 Annual Meeting.

The findings deliver an important message of “enhanced vigilance” in order to nip cyberbullying in the bud and, in turn, its harmful consequences, especially during the pandemic, the investigators said.

“Mental health professionals need to initiate screening for bullying from a young age, screen at every visit, and encourage adolescents to openly communicate with parents or healthcare providers if they are being bullied,” said principal investigator Dr Jayasudha Gude in a statement to Medscape Medical News. [https://www.medscape.com/viewarticle/951075#vp_1]

The meta-analysis included 16 articles comprising a total of 96,183 children and adolescents aged 11–18 years. Overall, 8.9 percent of the youths faced cyberbullying.

However, there was evidence of significant heterogeneity among studies, the investigators acknowledged.

Gude pointed out that the research does not end in analysing the effects of cyberbullying on children and teens. She stressed the need to dig deeper and conceive strategies to identify bullying, both in-person and online, and “ways to intervene.”

The next step is to address questions including “what causes an individual to cyberbully, how to address the problem, and what the mental health effects of cyberbullying are in the long term,” she added.

Gude, who is from India, shared that the meta-analysis hit close to home. She said that bullying happened frequently in the country, although most people labeled it as sarcasm.

“I believe there is a very thin line between sarcasm and bullying. I used to get bullied a lot and have had friends who have been affected by bullying,” she said.

In a solicited commentary to Medscape Medical News, Dr Charles Nemeroff of the University of Texas at Austin, Texas, US, described Gude and colleagues’ research as important, since it synthesized all of the available evidence into a single meta-analysis.

“[It] tells us what we long suspected of the close relationship and should raise the screening for cyberbullying to a mandatory level for mental health professionals and primary care physicians, including paediatricians and family doctors,” Nemeroff said.