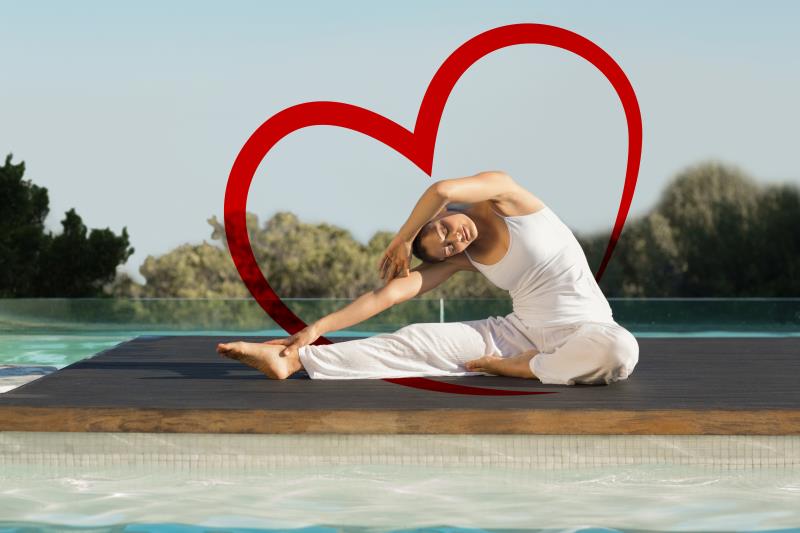 “The symptoms of AF can be distressing. They come and go, causing many patients to feel anxious and limiting their ability to live a normal life,” said Dr Naresh Sen of HG SMS Hospital in Jaipur, India, who presented the study during the ESC 2020 Congress.

AF, a common heart rhythm disorder, is the cause of 20–30 percent of all strokes. Symptoms of AF include racing or irregular pulse, palpitations, shortness of breath, chest pain, tiredness, and dizziness.

The multicentre study enrolled 538 patients with AF, who underwent 12 weeks of standard AF treatment without yoga, followed by 16 weeks of yoga sessions for 30 minutes every alternate day. In this way, the cases served as their own controls. Patients recorded their symptoms on a diary and their AF episodes were verified using a non-looping event monitor.

Standard treatments for AF during the initial 12 weeks without yoga included medications or catheter ablation therapy. During the subsequent yoga phase, the patients were encouraged to practise yoga at home on a daily basis in addition to the alternate sessions. The breathing and posture exercises in the yoga training comprised the Savasana/Sun Salutation posture, Ujjayi Breathing, and Anulom-Vilom Pranayam.

Blood pressure (BP) was lower by 11 and 6 mm Hg for systolic and diastolic BP, respectively, after yoga training vs the period before (p<0.002). The researchers also believed that these improvements were associated with the decrease in hospitalization rates (16 percent vs 38 percent) during yoga training vs the non-yoga period.

In addition, quality of life parameters significantly improved across all domains measured, including physical functioning, social functioning, vitality, and mental health, as assessed on the 36-Item Short Form Survey (p<0.05 for all).

There were also improvements in depression and anxiety score as indicated by the Goldberg Anxiety Scale (p<0.005) during the yoga vs non-yoga period.

“Our study suggests that yoga has wide-ranging physical and mental health benefits for patients with AF and could be added on top of usual therapies,” said Sen. “Yoga is also an intervention free from medication-related side effects of complications observed with cardiac ablation.”