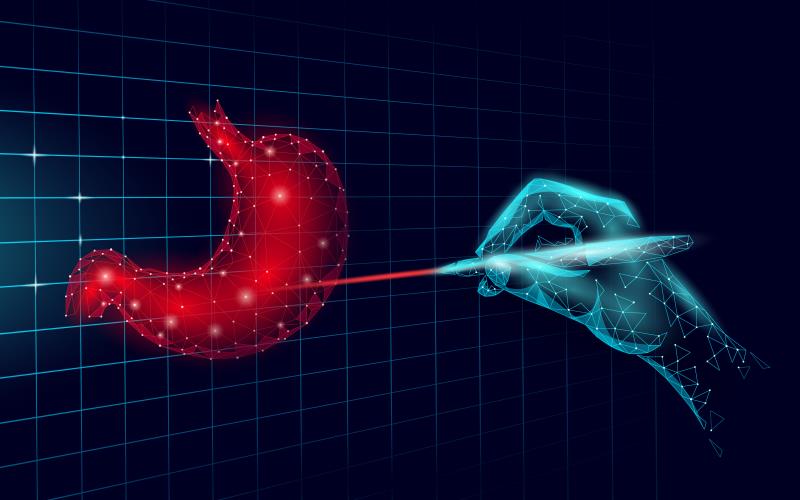 Among patients who undergo distal gastrectomy for gastric cancer, the risk of developing delayed gastric emptying (DGE) appears to be higher among women and those with diabetes, according to a recent study.

The study included 412 patients. Twenty-seven eventually developed DGE, while the remaining 385 were designated as non-DGE controls. DGE developed a median of 10 days after surgery, and the median time to recovery was also 10 days. The complication was significantly more common among those with diabetes (p=0.026) and who had distal gastric tumours (p=0.033). [Sci Rep 2022;12:15903]

The researchers then conducted a stratified analysis according to DGE severity. Patients needing nasogastric tube insertion into the remnant stomach were deemed to have severe DGE (n=12) while the rest were not (n=15).

Both DGE subgroups were mostly comparable, showing no significant differences in terms of sex distribution (p=1.0), diabetes prevalence (p=0.45), and frequency of tumours in the distal stomach (p=0.68). Those with severe DGE stayed in the hospital for a significantly longer time (median, 23 vs 20 days; p=0.04) but saw no such difference in terms of time to recovery (median, 10.5 vs 6 days; p=0.2).

Moreover, only three patients developed DGE within 7 days after the procedure, all of whom required NGT insertion.

“This study demonstrated that the female sex, distal gastric tumours, and diabetes were the risk factors for DGE after gastrectomy for gastric cancer,” the researchers said.

“As most DGE cases occurred 7–14 days after surgery, patients with DGE who were discharged early after surgery without symptoms should be carefully informed about the major signs of DGE and should seek hospitalization if they have symptoms caused by DGE,” they added.

Future studies are needed to better understand the mechanism linking the female sex, stomach remnant volume, and serum biomarkers of diabetes with DGE, according to the researchers.