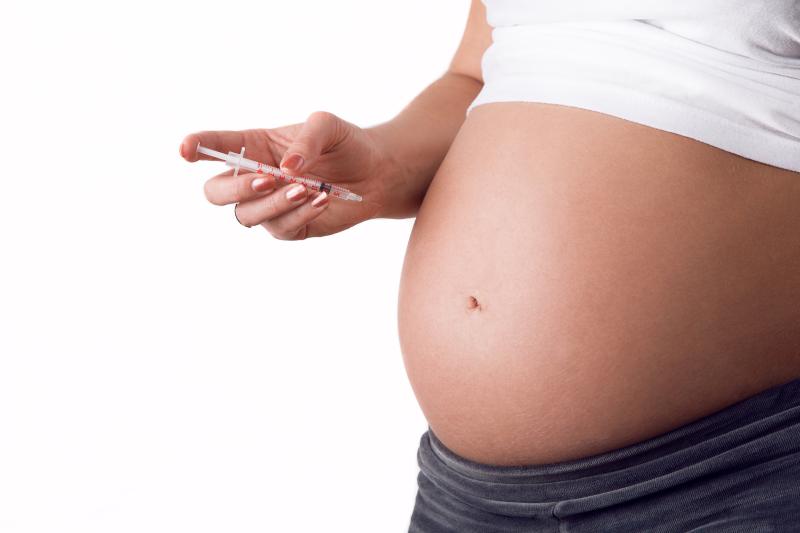 Pregnant women with gestational diabetes mellitus (GDM) who are overweight and have increased blood glucose, as measured by the Oral Glucose Tolerance Test (OGTT), are highly likely to require subsequent insulin therapy, according to a study.

Researchers looked at 775 women diagnosed with GDM. Of these women, 645 (83.2 percent) were managed with physical exercise and dietary modification and 130 (16.8 percent) were treated with insulin.

There was no between-group difference in maternal age, although the maternal body mass index (BMI) before conception and the levels of blood glucose during the 75-gram 2-h OGTT significantly differed. Specifically, women who received insulin had greater BMI and higher blood glucose levels during the test.

Both preconceptional maternal BMI and morning fasting blood glucose levels at baseline and at 1 hour during an OGTT predicted the treatment modality of GDM. In logistic regression models, the probability of insulin therapy was fourfold high in the presence of high baseline blood glucose (>98 mg/dl; odds ratio [OR], 4.04, 95 percent confidence interval [CI], 2.65–6.17) and more than twofold high with preconceptional maternal BMI 26–31 kg/m2 (OR, 2.21, 95 percent CI, 1.42–3.43).

The area under the curve for the internal and external validation of the predictive model that combined preconceptional maternal BMI and morning fasting blood glucose levels was 0.74 and 0.77, respectively.

The findings suggest that women with GDM who were overweight prior to pregnancy and had an abnormal baseline blood glucose at OGTT are at heightened risk of insulin treatment, which warrants close monitoring and increased engagement in physical exercise.