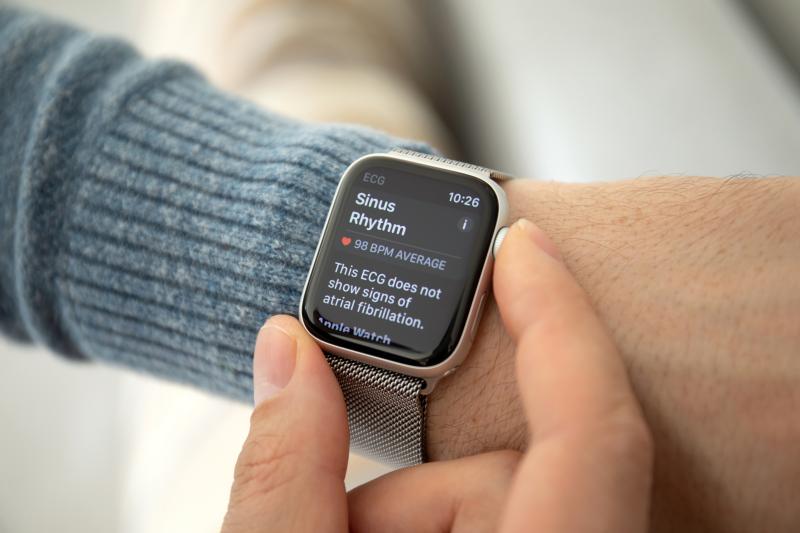 Using wearable devices helps improve study completion among people with eating disorders, as well as boosts their engagement with a smartphone app intervention, according to a recent study. Greater program retention, in turn, may lead to better outcomes.

“By end of study, most individuals who met retention criteria in both groups reported substantial reductions in binge-eating episodes,” the researchers said, though wearable use does not seem to pose a significant advantage. “Our results support the utility and acceptability of a digital eating disorder intervention app delivered through wearable technology.”

Drawing from the Binge-Eating Genetics Initiative, a total of 170 participants (aged 18–45 years, 96 percent women) were enrolled in the study, all of whom had lived experiences of binge-eating disorder or bulimia nervosa. Participants were randomized to engage with a digital intervention app through an iPhone alone (n=84) or with adjunctive use of a first-generation Apple Watch (n=896).

Study retention, defined as completing the Eating Disorders Examination Questionnaire-V6.0 both at baseline and study end, was more common in the Watch group, though not significantly so (66.3 percent vs 59.5 percent; p=0.37). Meanwhile, study completion, which involves submitting saliva and microbiome samples at both time points, was significantly better among device users (54.6 percent vs 39.3 percent; p=0.045). [Int J Eat Disord 2022;doi:10.1002/eat.23726]

App engagement was likewise significantly better among device users. For instance, the Watch group opened the app more times in a day than iPhone-only comparators; this trend was true when including (mean, 13.6 vs 10.2; p=0.047) or excluding (mean, 3.5 vs 0.2; p<0.0001) meal logs. Device users also used the RR app significantly more times over 30 days.

Of note, the RR app led to significant improvements in binge-eating outcomes, with the overall mean number of episodes in the last 30 days dropping from 12.3 at baseline to 5.43 at study end (p<0.0001). Sixty-six percent and 59.7 percent of participants in the iPhone-only and Apple Watch groups, respectively, saw a reduction in the number of episodes after the 30-day intervention; the between-group difference was not statistically significant (p=0.20).

Nevertheless, their findings revealed that “using wearable technology alongside a smartphone may promote overall engagement in apps like RR, which should be replicated with other digital ED interventions in future research.”