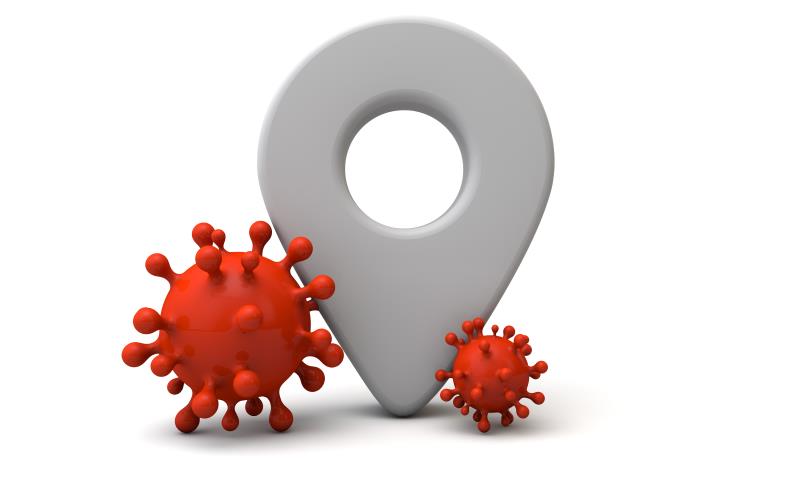 A wearable tag-based real-time locating system (RTLS) was much more sensitive than the smartphone-based contact tracing app TraceTogether for contact tracing, at least in a clinical setting, a local study finds.

While RTLS tags showed a sensitivity of 95.3 percent in identifying patient contacts, the overall sensitivity was only 6.5 percent for the TraceTogether app. [JMIR Mhealth Uhealth 2020;doi:10.2196/23148]

To compound the issue further, the sensitivity for contact tracing was worse when using the app on iPhones compared with on Android phones (2.7 percent vs 9.7 percent; p<0.001).

“The low sensitivity of TraceTogether could be attributed to the small proportion of patients who activated the app and turned on their Bluetooth … In contrast, all patients had RTLS tags attached to their wrists at registration,” explained the researchers led by Dr Angela Chow from Tan Tock Seng Hospital, Singapore.

“Despite the potential of contact tracing apps in enhancing contact tracing efforts during the COVID-19 pandemic, this potential can only be realized when 60 percent of the population use the app,” they pointed out.

The cross-sectional study involved 18 physicians in the National Centre for Infectious Diseases (NCID) screening centre, who activated the TraceTogether app during their 10-day posting period while also urging their patients to do the same. Meanwhile, use of RTLS tags was mandatory for all doctors and patients in the centre.

When validated against EMRs* of 156 patients who attend the NCID screening centre during the study period, the sensitivity of RTLS tags remained high at 96.9 percent, with a specificity of 83.1 percent.

By contrast, the TraceTogether app only identified two patient contacts with doctors who did not attend to them. This translates to a sensitivity of 0 percent and specificity of 98.4 percent with the app in clinical setting.

“[On one hand,] high sensitivity is preferred for digital contact tracing tools to rule out the possibility of failing to detect close contacts with COVID-19 cases,” said Chow and co-authors. “[On the other hand,] although the tag-based RTLS performed well for contact tracing in a clinical setting, the high setup cost would render it less feasible for a community-wide scale-up.”

A major limitation of the study stems from inability to enforce the use of the TraceTogether app in all doctors at the screening centre— which according to the authors, also reflects the barriers for widespread adoption in the community.

“A critical mass of app adoption must be achieved to increase the sensitivity and positive predictive value of TraceTogether,” they explained.

The researchers planned to look into factors influencing people’s willingness to adopt the app in future study — among which, according to the authors, include public trust on personal data privacy and perceived utility of the technology.

“Technological and app adoption barriers must be overcome for digital contact tracing tools to be effective for contact tracing during the COVID-19 pandemic,” noted Chow and co-authors.

“The performance of TraceTogether is expected to improve with app upgrades and increased use over time,” they added.

The authors also cautioned against being overly reliant on such apps for contact tracing. “Even if a contact tracing app achieved widespread adoption and high sensitivity … manual verifications would still be required to ascertain the contact before actions can be undertaken to quarantine potential exposures,” they stated.