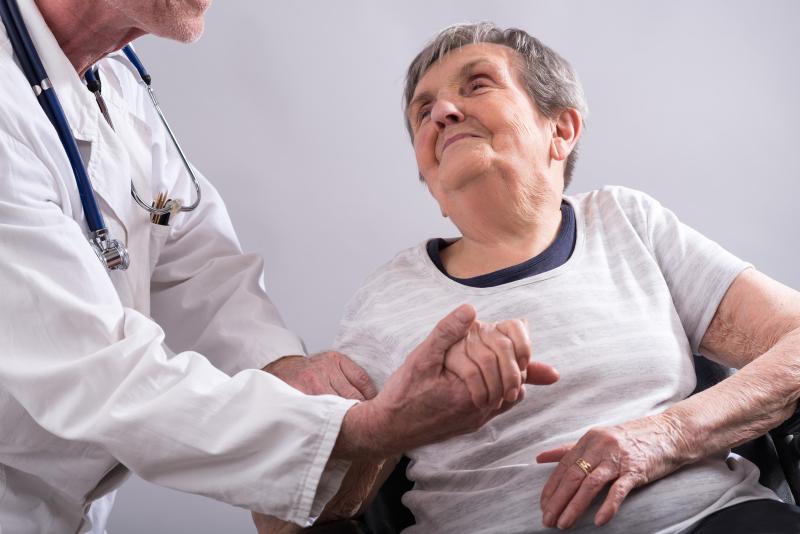 Wearable surface electromyograpghy (EMG) sensors can detect arm muscle activity in stroke survivors during standard acute care even if no such activity was observed during traditional clinical examination, according to a recent study.

“Wearable sensors facilitated deployment [of EMG] in acute care, which represents a challenging environment; similar methods may further support care when deployed in inpatient, outpatient, or other rehabilitation settings,” the researchers said.

Twenty-one patients (mean age 60±15 years, 13 men) who had had a stroke episode in the last 5 days participated in the present study. Dual-mode sensors were placed on the anterior deltoid, wrist flexor, wrist extensor, biceps, and triceps muscles of the impaired arm to measure the number, average duration, and amplitude of muscle contractions, as well as co-contraction patterns.

The amplitudes of contraction were similar across muscle groups and between participants with vs without palpable muscle activity, except for the wrist extensors, which showed significantly larger median amplitudes in patients with MMT >0 (p=0.02). The average maximum amplitude values ranged from 0.03–0.42 mV, while median amplitudes had values between 0.01 and 0.18 mV. Contraction duration was likewise similar across muscles and between groups, with most lasting <1 second.

All patients without palpable muscle activity continued with rehabilitation and by discharge, seven still had MMT scores <1 for all muscles. After an average of 5 months, five participants had regained arm function with MMT scores >2. Notably, patients with fewer contractions and lower contraction amplitude during acute care tended to show better MMT at follow-up, especially when considering the biceps, triceps, and wrist flexors.

According to the researchers, such a finding is surprising and that “larger longitudinal studies will be required to link EMG-based measures with neurophysiology and recovery.”

“Whether or not EMG can be used to predict future function represents an important area for further research. Using EMG to detect contractions, evaluate common synergistic patterns, and track changes during routine care may provide new pathways to support recovery of stroke survivors,” the researchers said.

“Identifying opportunities for integrating wearable sensors into acute care can help support translation of this technology to the clinic,” they added.