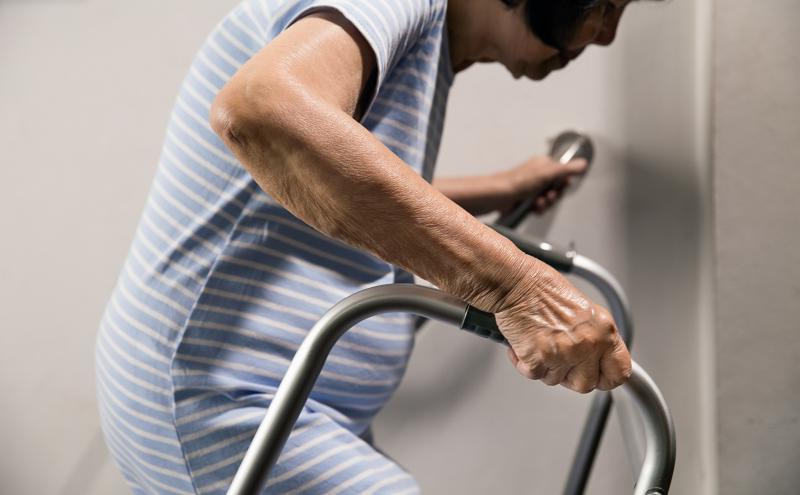 Deterioration in gait appears to be a strong predictor of functional and cognitive decline, particularly in nonmemory domains, among older adults, according to a recent Singapore study.

“Our study further supports screening for Motoric Cognitive Risk Syndrome (MCR) and/or slow gait speed (SG) for early detection of at-risk populations,” the researchers said. These “can serve as potential targets for intervention, as they are amenable to intervention with psychological intervention and cognitive training.”

In addition, sarcopaenia occurred significantly more frequently in MCR patients, as did having difficulties in walking 50 metres and impairments in activities of daily living.

In terms of cognition, scores in the validated Chinese Mini Mental State Examination were lowest among SG-A patients (24.8 points), followed by the MCR (25.5 points) and SCD-A (27.0 points) groups. Those who were negative for both SCD and SG (SG+SCD; 27.1 points) scored the highest.

The Montreal Cognitive Assessment showed similar trends: SG-A patients scored the lowest, while the SCD-A group had the best outcomes. Across groups, SG-A performed the poorest across most questionnaire domains, especially in terms of nonmemory, but did not significantly differ from their MCR comparators.

Both SG-A and MCR groups also had worse functional performance, showing weak handgrip strength and scoring poorly on the short physical performance battery. There were noticeable impairments in the balance, gait, and chair-stand components, though nonsignificantly so.

The researchers also performed multinomial logistic regression analysis to determine potential predictors for SG-A and MCR. They found that age was a significant risk factor for both; chronic disease and body mass index were also indicators for the former, while the latter was predicted by depression and prefrailty.

“Gait is a demanding activity for older adults as it involves a complex interplay between the central and peripheral nervous system, integrity of body organs, eg, cardiovascular, respiratory and musculoskeletal systems, physical fitness, and vision. Since gait involves multiple systems, it can be considered a reflection of total disease burden with impact on overall outcome,” the researchers said.