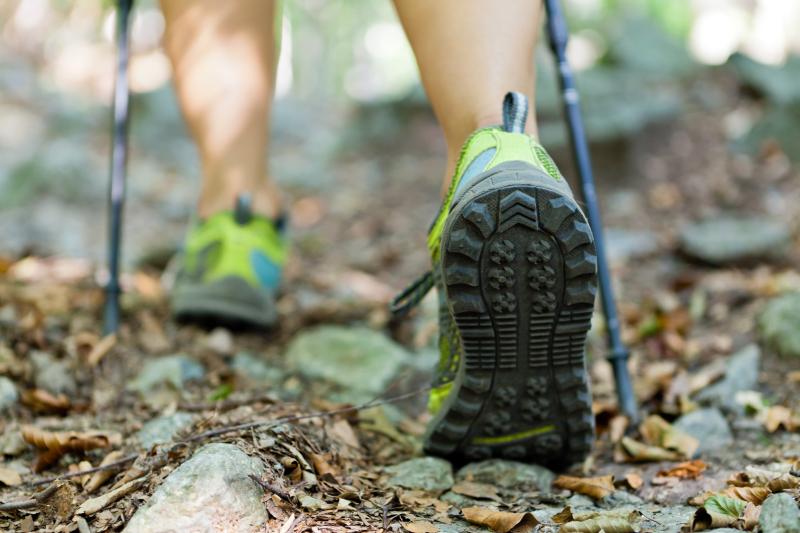 Many studies have explored the advantages and potential of Nordic walking as a form of exercise for patients with various health conditions.

Eccentric exercises like downhill hiking seem to be effective at reducing body mass index (BMI) and inflammation, as well as pose benefits for glucose tolerance, a recent study has found.

The study included 127 healthy sedentary participants who were assigned to either an active group (n=102), which was asked to walk downhill through a predetermined route three to five times a week for 2 months, or a matched control group (n=25), who stayed sedentary.

Adherence in the active group was good, with a median weekly frequency of walking of 3.2±0.8; median exercise duration was 40 minutes. No significant changes in intake of energy, fat, and carbohydrates were reported in either group.

Eccentric exercise led to a significant decrease in the homeostasis model assessment of insulin resistance (p=0.038), as did fasting glucose (p=0.025). No such significant reductions were reported in controls. Moreover, fasting insulin levels were lowered in the intervention group with borderline significance (p=0.056), while controls saw a significant increase (p=0.035).

There were also significant impacts on postprandial metabolism, such that walking downhill significantly improved glucose (p<0.001) and triglyceride (p=0.003) tolerance; no such effects were observed in controls.

Despite no changes in the diet, BMI was significantly lowered in the eccentric exercise group (p=0.003), as was the level of C-reactive protein (p=0.031).

“Insulin sensitivity, glucose and lipid metabolism, and markers of inflammation, as well as body weight, are significantly improved by a simple and practically feasible exercise regimen. At a time when lowering triglycerides and inflammatory markers gain renewed therapeutic interest, these data are encouraging for primary and secondary prevention of atherosclerotic cardiovascular disease,” the researchers said.