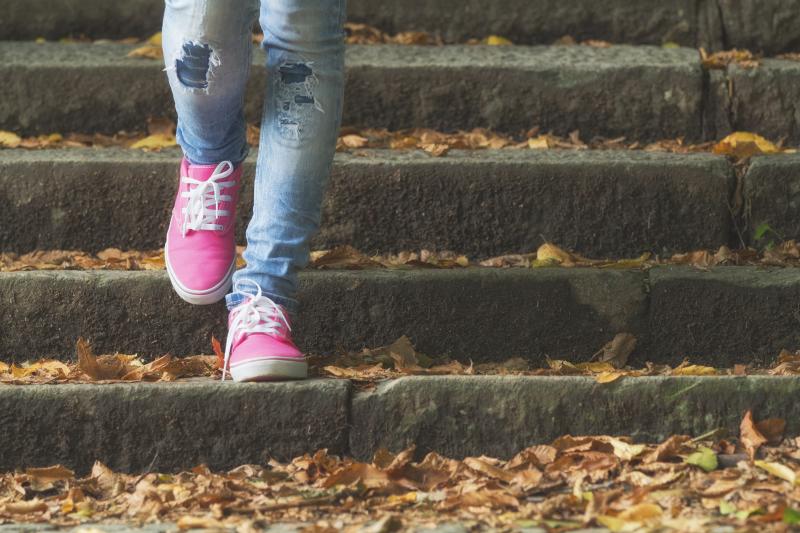 Walking downhill within 1 hour after meals may help reduce bone resorption in postmenopausal women with diabetes, according to new research. Walking uphill does not provide the same osteogenic response.

A downhill gradient apparently placed more weight on bones, slowing deterioration in women undergoing menopause. “Going uphill, intuitively, you would think that you work harder and that it is going to be more beneficial,” said Dr Katarina Borer, a professor emerita of kinesiology at the University of Michigan in Ann Arbor, Michigan, US. “Actually, you are unloading the bones because you are going against gravity.”

Suffice to say that if you want to do something good about your bones, with or without supplemental medication, walking downhill 1 hour after eating may provide a huge osteogenic benefit, Borer said.

Exercise bouts on the treadmill before eating did not facilitate osteogenesis, but there were changes in the bone markers C-terminal telopeptide of type 1 collagen (CTX) and C-terminal propeptide of type 1 collagen (CICP) in women who exercised after consuming meals, particularly after the first downhill bout. Mean CICP levels were 44 percent higher for women who completed a 1-hour exercise bout after consuming a meal vs levels measured after the downhill exercise bout completed before the meal (area under the curve, 685.9 vs 384.1 ng/mL per hour). “If you exercised before you ate, you were wasting your time,” Borer said.

All women consumed isocaloric meals before completing two daily, 40-minute exercise bouts on a treadmill that could be tilted upward or downward at 2 hours before meals or 1 hour after meals. Blood samples were collected hourly and the next morning to measure bone formation markers (osteocalcin and CICP) and resorption markers (CTX, anabolic growth hormone, and catabolic cortisol level). Physical effort was assessed via VO2 max.

“This is interesting … people don’t think postmenopausal bone is responsive,” Borer said. “The suppression of the resorption marker CTX was the biggest outcome here.”

Bone remodeling increases at menopause due to oestrogen deficiency and remains elevated as women age. This imbalance increases the risk of fractures. Menopause plus diabetes makes bone even more vulnerable to breakage.

In the study, women exercising downhill also had reduced insulin resistance to high-carbohydrate meals vs those exercising uphill or sedentary women, as demonstrated by Homeostatic Model Assessment for Insulin Resistance (HOMA-IR) scores.

Such a strategy might be able to help reduce the need for osteoporosis medication for some women in future. But more studies are warranted for exercise to qualify as an anti-osteoporosis therapy, Borer said.