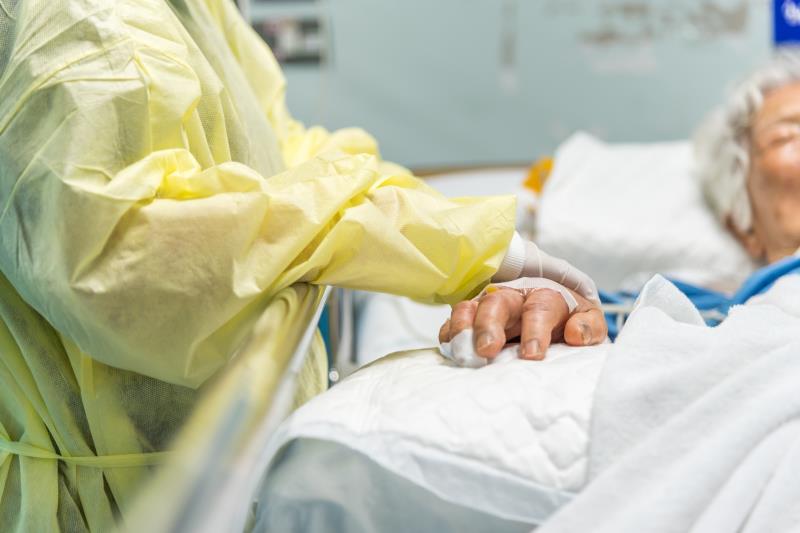 A lower than expected incidence of venous thromboembolism (VTE) among ICU*-admitted patients with COVID-19, as shown in a retrospective observational study from Singapore, suggests the need to rethink thromboprophylaxis strategies in this setting.

“Although only two-thirds of our critically ill COVID-19 patients received thromboprophylaxis, the incidence rate of VTE was only 1.8 percent. This rate is far lower than similar published studies,” the researchers said.

Conversely, there was a higher incidence of arterial thrombotic event rates, primarily myocardial infarction (MI) incidents, occurring mostly in the ICU. In addition, there was an approximately 14 percent major bleeding rate, they said.

“Our findings argue against the need for intensification of pharmacological thromboprophylaxis in similar Asian-predominant populations,” they added.

This multicentre study included all 111 consecutive adults with RT-PCR-confirmed COVID-19 who were admitted to ICUs in public general hospitals in Singapore between January 23 and April 30, 2020. [Thromb J 2021;19:14]

The most common comorbidities in the population were hypertension (57.4 percent), dyslipidaemia (48.1 percent), and diabetes (37 percent). Almost 78 percent were receiving mechanical ventilation, while 63.9 percent were on prophylactic anticoagulation. Patients were admitted to the ICU within a median 8 days of symptom onset. Median APACHE II and SOFA** scores at ICU admission were 11 and 3, respectively.

Over the course of hospitalization, 20 thrombotic events occurred (18.0 percent), seven and thirteen venous and arterial events, respectively (6.3 and 11.7 percent, respectively).

Two incidents of VTE were diagnosed in two patients in the ICU, one a lower limb deep vein thrombosis (DVT) and the other a line-related upper limb DVT. The VTE rate was 0.6 per 100 person-weeks in the ICU which increased to 2.2 per 100 person-weeks over the entire hospitalization period. These events were primarily incidents of pulmonary embolism. Seventy-five percent of the patients received anticoagulation therapy following VTE diagnosis, though two patients ceased therapy due to bleeding complications.

Overall thrombotic complications occurred at a rate of 6.4 per 100 person-weeks, with 46.2 percent of patients receiving pharmacological thromboprophylaxis at time of incident.

Sixteen patients (14.8 percent) experienced major bleeding*** at a rate of 5.1 per 100 person-weeks. The overall bleeding rate was 6.4 per 100 patient-days, with one intracranial haemorrhage-related bleeding event proving fatal.

Studies in Western populations have hinted at an elevated risk of thrombotic events in patients with COVID-19 despite thromboprophylaxis, leading some to suggest a need for “empiric escalation of prophylactic anticoagulation therapy,” said the researchers. However, this idea has more recently been re-examined due to the potential for concurrent hypercoagulability and sepsis-induced coagulopathy and bleeding complications.

The present study showed a lower VTE but higher arterial thrombosis and bleeding rate among critically ill COVID-19 patients in Singapore compared with studies in Western populations. Reasons postulated for the lower VTE rate include a lower VTE risk in Asians, as well as the younger age and lower rate of comorbidities in the study population, and early presentation after symptom onset.

In addition, the incidence of VTE post-ICU discharge may suggest the need for extended thromboprophylaxis, though the bleeding rate needs to be kept in mind, the researchers said.

They noted the limitations associated with the retrospective study design and acknowledged that “trivial bleeds” may have been missed.