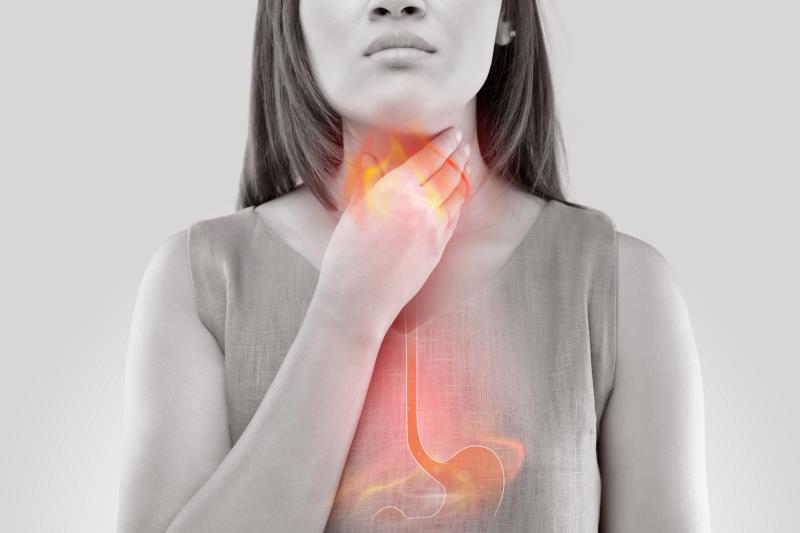 The potassium-competitive acid blocker vonoprazan appears to be more effective than proton pump inhibitors (PPIs) in healing severe erosive esophagitis and relieving the symptoms of gastroesophageal reflux disease (GERD), according to a meta-analysis presented at APDW 2021.

“GERD is characterized by heartburn or regurgitation symptoms, [and] it is one of the most common gastrointestinal disorders managed by gastroenterologists and primary care physicians,” the researchers explained.

“Acid reflux can cause an uncomfortable burning sensation in your chest, which can radiate upward to your neck,” they continued. “[Therefore,] GERD symptoms are known to cause a decrease in the quality of life of patients and the most common complication resulting from untreated GERD or failure of treatment is erosive oesophagitis.”

Vonoprazan, a first-in-class potassium-competitive acid blocker, acts by inhibiting the gastric H+ K+ -ATPase activity, which is involved in the final step of the gastric acid secretion pathway.

While PPIs are the recommended first-line therapy and have been widely used for GERD treatment, vonoprazan reportedly has a faster, stronger, and longer-lasting inhibitory effect on acid secretion than PPIs in previous studies on healthy adults.

To compare the effects of vonoprazan and PPIs in relieving GERD symptoms, researchers conducted a meta-analysis including ten eligible randomized controlled trials, with a total of 1,443 GERD patients in the vonoprazan group and 1,390 patients in the PPI group. Among the ten studies included, eight reported on the objective outcome of oesophagitis healing based on endoscopic imaging, and two reported on the subjective outcome of symptom relief. [APDW 2021, abstract 1292-850]

Overall, patients who received vonoprazan 5–20 mg were more than twice as likely to have their GERD treated and experience healing of oesophagitis than those on PPIs (risk ratio [RR], 2.33; p=0.001). Moderate heterogeneity was seen among the ten studies, according to the authors.

For the component outcome of oesophagitis healing on endoscopy, eight studies were included which showed significantly improved healing rates in favour of vonoprazan (RR, 1.06; p=0.00001). Nonetheless, the authors acknowledged the presence of high heterogeneity among these studies.

There was no significant difference between vonoprazan and PPIs in terms of the subjective outcome of symptom relief (RR, 2.15; p=0.47). However, the heterogeneity among the studies was high as only two trials were included — one showing positive findings in favour of vonoprazan (odds ratio [OR], 6.6, 95 percent confidence interval [CI], 1.40–31.05) while the other showed similar effects between the two treatments (OR, 0.80, 95 percent CI, 0.25–2.55).

“Vonoprazan, as a strong inhibitor of acid secretion, demonstrated a greater benefit than PPIs in terms of rapid and short-term resolution of symptoms and for long-term maintenance in patients with GERD,” the researchers stated.

“These findings add meaningfully to the emerging evidence from smaller trials on the effects of potassium-competitive acid blocker on relieving the symptoms of GERD,” they concluded.