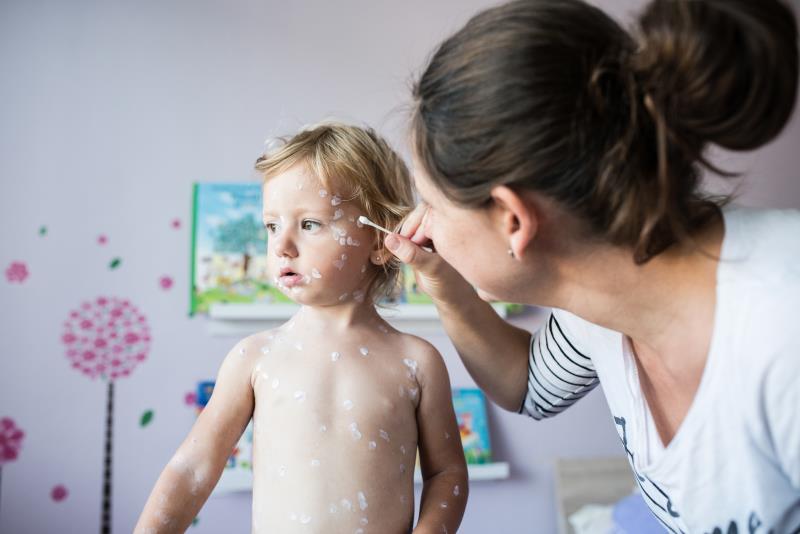 Exposure to a child with varicella may reduce zoster risk in adults, even up to 20 years post-exposure, but not render them completely immune to the condition, a study from the UK showed.

This reduced risk persisted 10–20 years following exposure to a child with varicella with a 27 percent reduced risk of developing zoster among adults compared with baseline (IR, 0.73, 95 percent CI, 0.62–0.87).

The risk of developing zoster did not differ by age at exposure to varicella be it at 2-years (IR, 0.66 and 0.72 among those aged 18–49 and ≥50 years, respectively) or 10–20 years post-exposure (IR, 0.75 and 0.67, respectively; pinteraction=0.65). Immunosuppression status also did not affect risk of developing zoster (IR, 0.74 and 0.94 in immunocompetent and immunosuppressed individuals, respectively), at 10–20 years post-exposure to varicella (pinteraction=0.53).

Zoster risk among adults with more than one household exposure to varicella was reduced, but not more so than those with only a single exposure. However, the researchers noted that the study may have been underpowered to identify this association.

The researchers also pointed out that not all varicella cases may have been captured due to the mild, self-limiting nature of the condition. “[I]t is possible that those represented in general practice records might have more severe varicella. If this was the case, we would expect the cases to have a relatively higher viral load than the average individual with varicella … by capturing more severe varicella cases, our study might have overestimated the degree of exogenous** boosting,” they said. Another limitation was that exposure to varicella in the workplace was not accounted for.

“The models currently assume adults gain complete immunity to shingles for between 2 and 20 years after exposure to a person with chickenpox, whereas this study suggests adults gain only partial immunity,” she added, noting that the results “cannot be used to justify for or against any specific chickenpox vaccination schedules.”