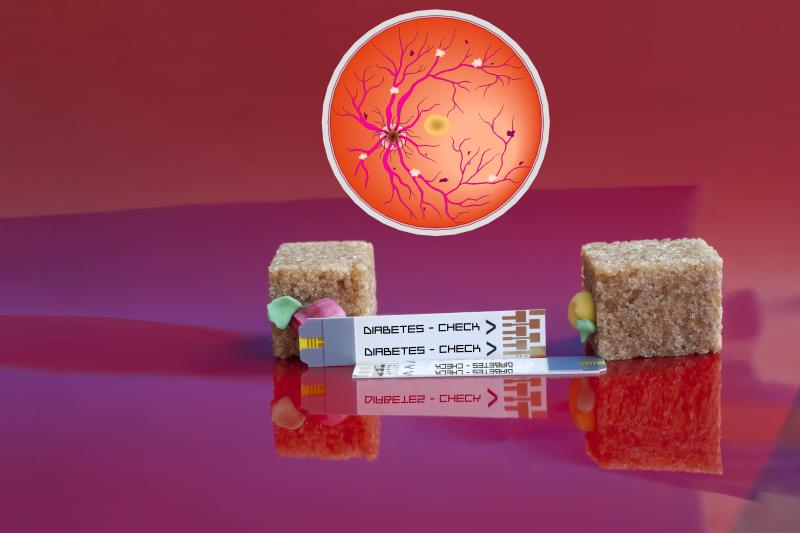 Intra-individual variability in serum creatinine levels and estimated glomerular filtration rate (eGFR) over 3 years was independently associated with the presence as well as the severity of diabetic retinopathy (DR) in patients with type 2 diabetes (T2D), indicating that variability in these biomarkers can serve as predictors to identify T2D patients at risk of DR, suggests a local study.

“There was a significant improvement in the risk prediction for the presence of DR when serum creatinine or eGFR variability was incorporated in the risk prediction model with known clinical and biochemical risk factors for DR,” said the researchers led by Dr Lim Su Chi from Khoo Teck Puat Hospital, Singapore.

With increasing quartiles of adj-SCr-SD, the percentage of DR cases significantly increased. Adj-SCr-SD was significantly associated with DR (odds ratio [OR], 1.47; p=0.04), after adjusting for multiple key variables such as T2DM duration, SBP, and HbA1c levels.

Similarly, another biomarker, eGFR, was significantly more variable in DR cases than controls during follow-up (adj-eGFR-SD, 5.6 vs 4.3 mL/min/1.73 m2; p<0.001). eGFR variability was also significantly associated with DR after controlling for multivariable (OR, 1.57; p=0.02).

“Incorporating the variability may improve the ability to identify subjects at high risk of DR for intensive intervention,” said Lim and co-authors. “Intervention strategies which ameliorate haemodynamic instability may be particularly advantageous.”

As both retina and kidney are end organs with low vascular resistance, small vessels in these organs are highly susceptible to blood flow fluctuations, the researchers pointed out. [Eye 2014;28:1119-1125]

“Although variability in SCr level has never been studied in DR, the concept of biomarker variability has been applied for chronic kidney disease [CKD] progression among T2D patients,” said Lim and co-authors. “Our results not only agree with the previous finding in CKD but also suggest that SCr and eGFR variability may be extended to serve as a novel marker for another closely related microvascular bed, such as retinal microcirculation.”

Nonetheless, as the study sample size was small and diabetes patients were recruited from a secondary hospital, the researchers recommended that the findings be validated on an independent cohort of patients before extrapolating the results to a national level.