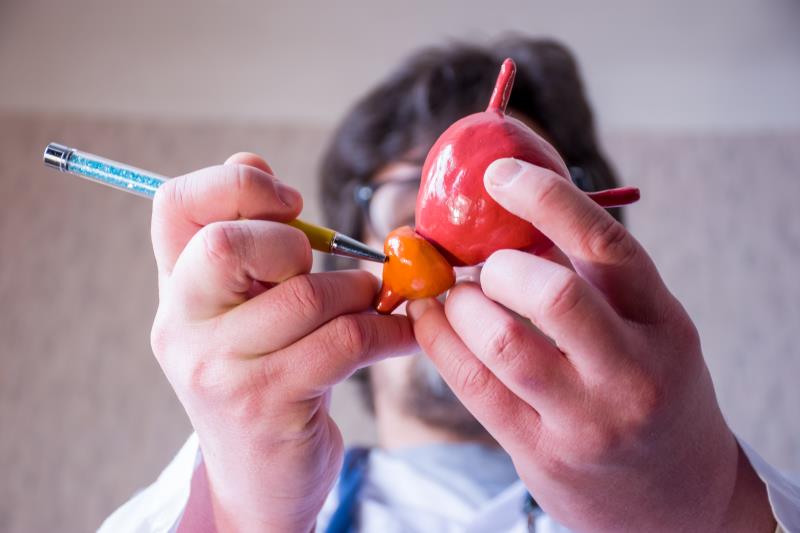 The water vapour thermal therapy involved delivery of controlled doses of thermal energy stored in water vapour, which are targeted directly to the site of the prostate gland with obstructive tissue causing the LUTS secondary to BPH.

In the prospective, double-blind, multicentre study, 197 men aged ≥50 years old with moderate-to-severe LUTS (International Prostate Symptom Score [IPSS] ≥13, maximum urinary flow rate [Qmax] ≤5 –15 mL/s, and prostate volume 30-80 cc) due to BPH were randomized in a 2:1 ratio to receive vapour thermal therapy delivered via the Rezūm System (n=136) or to rigid cystoscopy as sham control (n=61). In the thermal therapy group, water vapour was injected into the obstructive prostate tissue, which might include the enlarged central zone and/or the middle lobe. [AUA 2020, abstract LBA01-06]

At 3 months, the primary outcome of change in IPSS from baseline was greater in the vapour thermal therapy group than the sham control group (mean reduction, 11.2 and 4.3 points; p<0.0001).

Over 5 years, the reduction in IPSS with the active treatment persisted, with a mean reduction of 10.4 points from baseline.

In addition, the active treatment arm saw sustained improvement in maximum urinary flow rate over time: change from baseline was 6.4 mL/sec at 3 months and 4.3 mL/sec at 5 years.

Similarly, improvements seen at 3 months in the various aspects measured, including symptoms indicated by the IPSS (50 percent), quality of life (46 percent in IPSS-QOL and 46 percent in BPH Impact Index), and flow rate (69 percent in Qmax) were also sustained to 5 years — with improvements by 48 percent, 46 percent, 49 percent, and 49 percent, respectively (p<0.0001), when assessed on a per subject basis.

Among the patients who received thermal vapour therapy, 4.4 percent of them underwent secondary surgical treatment for LUTS/BPH while 11.1 percent initiated BPH medications at 5 years.