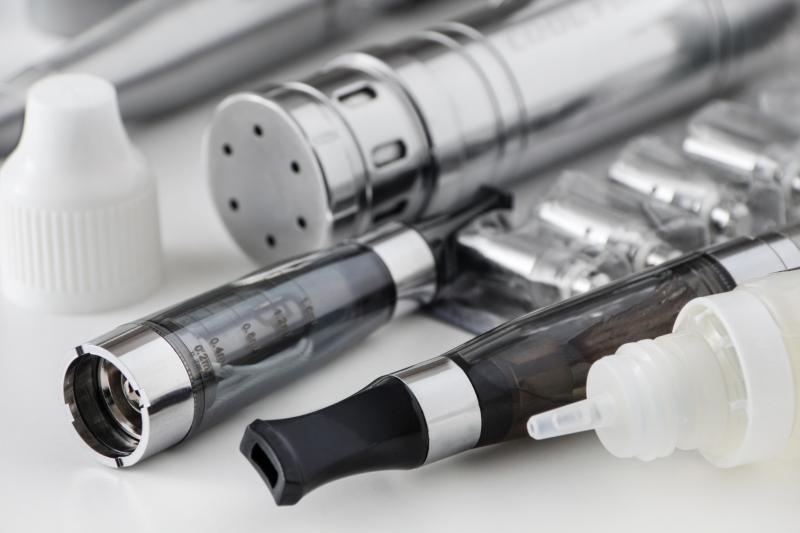 Use of e-cigarette or vaping appears to increase asthma symptoms and abnormal lung mechanics, suggesting potential adverse effects posed by this product, a study has shown. Young adults, tobacco smokers, and those with mental health conditions are more likely to engage in e-cigarette use.

“However, lung function measured by spirometry did not show a difference between e-cigarette users and nonusers,” the researchers said. “There was also no difference in most respiratory symptoms except for chest tightness.”

The associations between e-cigarettes and outcomes were examined by fitting linear and logistic regression models, while controlling for confounders such as tobacco smoking.

E-cigarette use was associated with chest tightness (odds ratio, 2.4, 95 percent confidence interval, 1.2–4.9; p=0.02) after controlling for known confounders. Results of spirometry did not differ following adjustment for confounding, but FOT revealed more negative reactance and a greater area under the reactance curve in users than nonusers.

“Some previous studies of e-cigarette use have reported similar increases in respiratory disease,” the researchers said. “A study in Hong Kong investigating e-cigarette use among 45,000 Chinese adolescents reported increased odds of reporting chronic cough or phlegm, although we did not confirm this in our sample.” [Am J Prev Med 2020;58:182-190; JAMA Pediatr 2016;170:89-91]

Additionally, a nationwide study in the US that examined vaping in individuals who had never smoked combustible cigarettes found that users were more likely to develop asthma, supporting the present findings. [BMC Pulm Med 2019;19:180]

“We postulate that a possible mechanism behind this could be increased inflammation in the airways, resulting in the sensation of chest tightness,” the researchers said. [Sci Rep 2019;9:19035]

The exact mechanism underlying the dangers caused by e-cigarette use remain poorly defined due to the diversity of such devices, but some studies have shown the potential impact of regular vaping. For instance, an in vivo study has found dysregulation of both airway and tissue cells with biological changes observed. [Respir Res 2018;19:78]

“We also found an association between mental health and e-cigarette use,” the researchers noted. “A systematic review found associations between e-cigarette use and many mental health issues in adolescents such as depression, attention deficit hyperactivity disorder, and eating disorders, among others.” [Nicotine Tob Res 2021;23:415-425]

Potential reasons for increased use of e-cigarette included limited self-regulation and impulsivity, according to the researchers.

Furthermore, the Thoracic Society of Australia and New Zealand (TSANZ) recently released a position paper describing the implications of e-cigarette use and taking a stand against the long-term use of these devices. [Respirology 2020;25:1082-1089]

“Our findings are consistent with the TSANZ position paper that there should be tighter regulations on e-cigarettes, given the likely association with worsened asthma symptoms and difficulty in assessing the long-term effects of e-cigarettes,” the researchers said. [BMJ 2019;366:l5275]