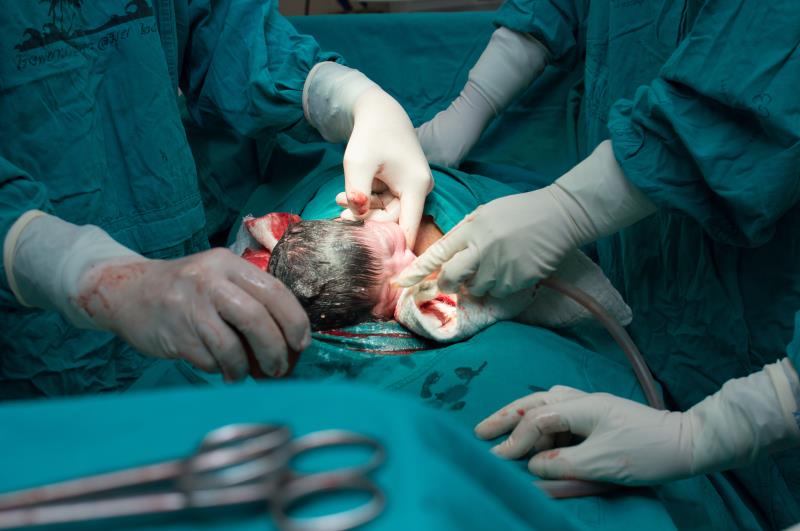 The study, conducted by researchers from the Sidney Kimmel Medical College of Thomas Jefferson University, Philadelphia, Pennsylvania, US, included 1,033 pregnant women who underwent Caesarean delivery over three study periods during which they had received either 12 months of pre-intervention, 14 months infection prophylaxis by means of vaginal cleansing, or 16 months of infection prophylaxis with vaginal cleansing and IV azithromycin.

The introduction of vaginal cleansing led to a reduction in SSIs, from 22 to 12.5 percent. However, the addition of IV azithromycin did not further reduce the rates of SSIs. [ACOG 2020, abstract OP01-1C]

There were also significant reductions in deep SSIs (p=0.009) and endometritis (p=0.001) rates in the post-intervention period.

The uptake of pre-operative vaginal cleansing improved over time, with compliance increasing to 74 percent, then to 85.1 percent 1 year following implementation of the strategy, while azithromycin compliance increased to 75 percent.

Previous research has looked at the effect of pre-operative strategies to prevent infection following Caesarean delivery. One such study was a systematic review and meta-analysis conducted by researchers in Italy that took into account 16 randomized controlled trials – comprising 4,837 women – that evaluated the effect of vaginal cleansing with any antiseptic solution vs placebo or no intervention (control group) immediately prior to Caesarean delivery. The primary intervention was a 10 percent solution of povidone-iodine, applied using a sponge stick for about 30 seconds. [Obstet Gynecol 2017;130:527-538]

However, subgroup analysis showed that the reduction in endometritis incidence only applied to women who were in labour before Caesarean delivery (RR, 0.52 [based on 440 women]) or those with ruptured membranes (RR, 0.23 [based on 272 women]).

Nonetheless, the outcomes led to the researchers recommending the use of pre-operative vaginal preparation prior to Caesarean delivery.

In contrast, another study from the US involving 523 and 1,490 women who had Caesarean deliveries with and without vaginal antisepsis, respectively, demonstrated a conflicting result. The results showed no difference in the incidence of superficial and deep SSIs between women with vs without vaginal preparation (5.5 percent vs 4.1 percent; odds ratio, 0.86, 95 percent CI, 0.43–1.73). [Obstet Gynecol 2018;132:371-376]