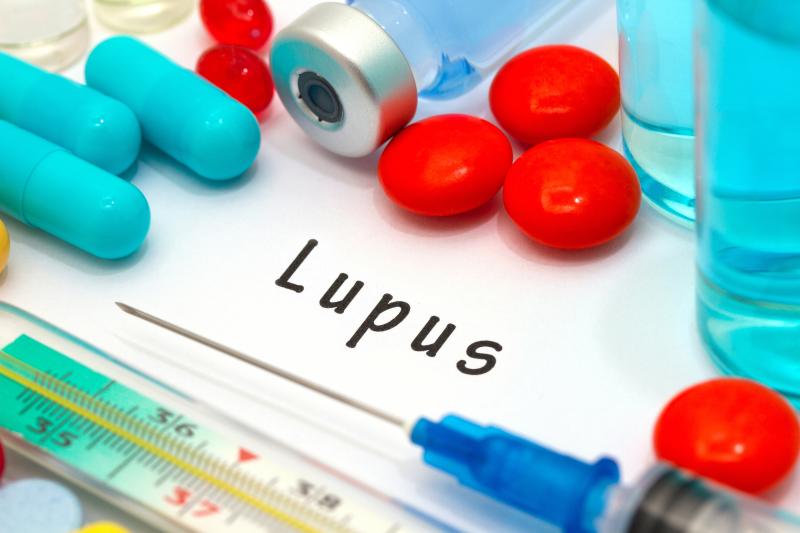 Use of ustekinumab in the treatment of systemic lupus erythematosus (SLE) leads to significant improvements in many of the efficacy indices evaluated, with lower risk of flares and sustained response rates, when compared with placebo, according to 1-year data from a phase II trial.

A total of 102 SLE patients were randomized to receive placebo (n=42) or ustekinumab (n=60) in addition to standard-of-care therapy. The active drug was given at ~6 mg/kg single intravenous infusion at week 0, then 90 mg subcutaneous injections every 8 weeks beginning at week 8. At week 24, patients in the placebo group crossed over to subcutaneous ustekinumab 90 mg every 8 weeks, and those who initially received ustekinumab continued therapy through week 40.

The population had a female predominance (placebo, 83.3 percent; ustekinumab, 96.7 percent), and the mean age was 42.9 years in the placebo group and 40.0 years in the ustekinumab group. Median disease duration was 10 years, with four patients in each treatment group having SLE for <1 year. The most common standard-of-care therapy used at baseline was glucocorticoids (placebo, 80.9 percent; ustekinumab, 85.0 percent).

Results of week-24 primary endpoint analysis showed that SLE Responder Index 4 response rates were much higher in the ustekinumab vs placebo group (62 percent vs 33 percent; p=0.006) and maintained through week 48 in the former (63.3 percent).

Among ustekinumab-treated patients, the improvements observed in several disease measures were sustained through week 48. Response rates across efficacy measures also increased among placebo patients who crossed over to ustekinumab (n=33).

Ustekinumab had a safety profile consistent with previous reports for other indications. At least one adverse event (AE) occurred in 81.7 percent of all ustekinumab‐treated patients, while serious AEs were reported in 15.1 percent. There were no documented deaths, malignancies, opportunistic infections or tuberculosis cases.