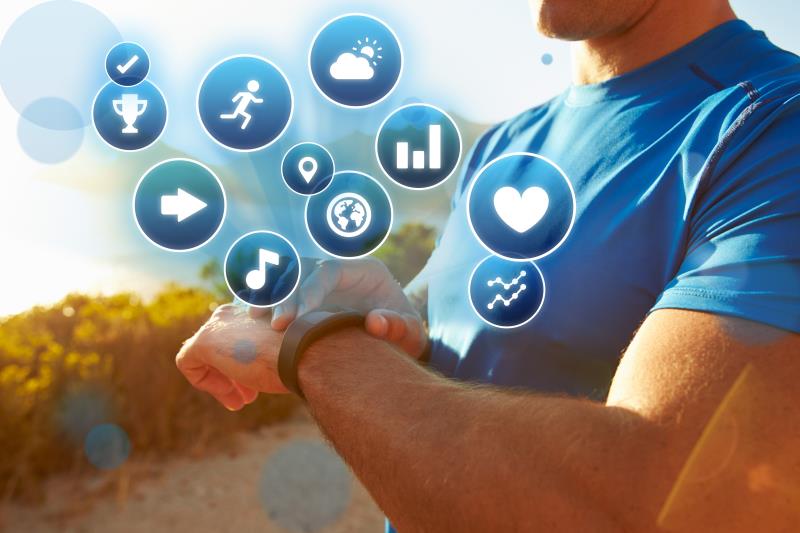 Among individuals living with depression and anxiety, the use of electronic wearable devices (EWDs) might be an indicator of their intent to lose weight and in turn may be valuable as a starting point for clinical interactions aimed at improving physical health, according to a recent study.

“EWDs may serve as an opening for clinical interactions around physical health through identifying patients primed for behaviour change,” the researchers said.

“Beyond the setting of a clinic or face-face interaction, EWDs may be harnessed as a means to not just monitor physical activity but as a facilitator to provide personalized feedback interventions based on goal of the user and resultantly accelerate positive behavioural change,” they added.

Similarly, respondents who had graduated from college reported higher rates of EWD use than comparators with lower levels of educational attainment (40.9 percent vs 12.81 percent). Participants belonging to household with annual income ≥US$ 75,000 vs ≤US$ 20,000 likewise had higher device usage (41.75 percent vs 16.37 percent).

Moreover, those who rated their health status as excellent or very good also reported greater use of EWDs relative to those with good or fair, or poor self-ratings (39.48 percent vs 27.54 percent and 28.41 percent).

Notably, the rates of satisfying the weekly national recommendations for physical activity (39.35 percent vs 23.54 percent) and resistance or strength exercise training (36.02 percent vs 24.15 percent) were likewise higher among participants who used EWDs.

Such an interaction was confirmed by unadjusted logistic regression analysis, which revealed that device users were more than twice as likely to meet national guidelines for weekly physical activity (odds ratio [OR], 2.11, 95 percent confidence interval [CI], 1.32–3.37; p=0.002) and more than 70-percent as likely to reach weekly targets for resistance or strength training (OR, 1.77, 95 percent CI, 1.08–2.91; p=0.026).

Participants who reported using EWDs were also significantly more likely to express an intention to lose weight than nonusers (OR, 2.25, 95 percent CI, 1.14–4.46; p=0.021). However, upon adjustments for confounders, only the intent to lose weight remained statistically and independently correlated with EWD use (adjusted OR, 2.12, 95 percent CI, 1.04–4.35; p=0.04).

Future efforts should also work to “determine what formats of additional support could be used alongside EWDs to constitute an effective intervention for improving physical activity and health outcomes among people living with mental illness,” they added.