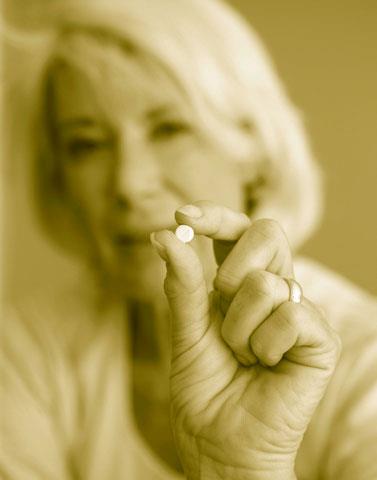 A UK study has released further evidence of an increased risk of breast cancer associated with the use of hormone replacement therapy (HRT), with the levels of risk varying among HRT types and becoming higher for combined treatments and longer duration of use.

“This large observational study of HRT and breast cancer risk based on two large primary care databases analysed in an identical manner has confirmed the excess risk to be attributable mostly to combined treatments, with the lowest risks associated with use of the least commonly prescribed dydrogesterone,” the researchers said. “Rarely prescribed tibolone also showed low increased risks.”

A total of 98,611 women aged 50–79 years with a primary diagnosis of breast cancer between 1998 and 2018 were included. The researchers matched the participants by age, general practice, and index date to 457,498 controls.

In the Million Women study, for instance, slightly higher risks were found compared with the current findings. However, the said study only covered a selected population of women who had undergone mammography and only a single baseline questionnaire was used to collect information. [Lancet 2003;362:419-427; J Natl Cancer Inst 2011;103:296-305]

“Our results add more evidence to the existing knowledge base and should help doctors and women to identify the most appropriate HRT formulation and treatment regimen, and provide more consistently derived information for women’s health experts, healthcare researchers, and treatment policy professionals,” the researchers said.