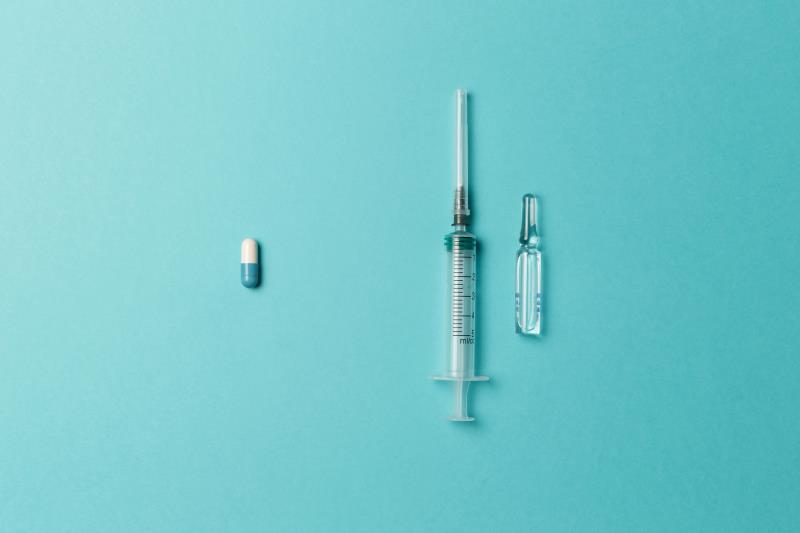 The oral selective Janus kinase (JAK) inhibitor upadacitinib was superior to IV abatacept, a T-cell costimulation modulator, for the treatment of rheumatoid arthritis (RA) that is refractory to biologic disease-modifying antirheumatic drugs (bDMARDs), the SELECT-CHOICE trial has shown.

“[In] patients with inadequate response to bDMARDs … upadacitinib was superior to the bDMARD abatacept in the change in the DAS28-CRP* from baseline and the achievement of remission at week 12,” said the researchers.

A total of 612 patients (mean age 55.5 years, 82 percent female) were randomized 1:1 to receive extended-release oral upadacitinib 15 mg QD or IV abatacept** for 24 weeks, on top of a stable background of conventional synthetic (cs)DMARDs. Participants had moderate-to-severe active disease despite treatment with bDMARD for at least 3 months. [N Engl J Med 2020;383:1511-1521]

At week 12, a significant reduction in DAS28-CRP was observed with upadacitinib compared with abatacept (mean change, −2.52 vs −2.00; p<0.001 for both noninferiority and superiority).

“[A] decrease of 1.2 [in DAS28 is] considered to be a significant change for an individual patient. [However,] whether this decrease can be applied to determine differences between treatment arms has not been established,” said the researchers.

Despite the favourable efficacy, more participants on upadacitinib had serious adverse events (AEs; n=10 vs 5), AEs leading to discontinuation (n=14 vs 9), serious infections (n=3 vs 1), opportunistic infections (n=4 vs 1), and hepatic disorders (n=23 vs 5) compared with those on abatacept.

One upadacitinib-treated patient had a major adverse cardiovascular event (ie, nonfatal stroke) owing to a prior cerebrovascular accident, while two patients had venous thromboembolism. Of the three deaths that occurred, two were from the upadacitinib arm (one treatment-emergent and one non-treatment-emergent).

Bringing JAK inhibitors to the fore

However, despite a myriad of treatment alternatives, a substantial fraction of RA patients have an insufficient response to their first bDMARD. “Therefore, new drugs with a novel mode of action are welcome … [The current findings] position JAK inhibitors in a treatment algorithm and help push JAK inhibitors to the forefront of treatment for RA,” said Goll and Kvien.

Larger and longer studies are warranted to ascertain the long-term efficacy and safety of upadacitinib. It would also be worth looking into the mechanisms of agents that previously failed and determine whether patients who have taken them have lost an initial response.

Future studies should also assess whether the improved treatment outcomes justify the increased AE risk. “In the crowded field of targeted treatments for RA, JAK inhibitors not only have to prove that they are efficacious and safe – they also need to be less expensive than or clinically superior to bDMARDs,” the editorialists added.