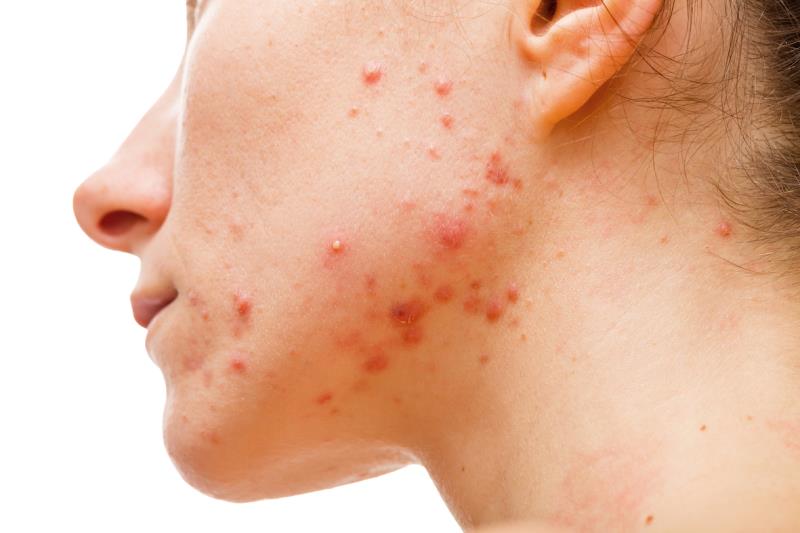 Upadacitinib treatment for atopic dermatitis (AD) may cause acne as a side effect, though this is usually only mild or moderate in severity and can be managed by topical intervention, reports a recent study.

Over 16 weeks, 84 patients allocated to the 15-mg upadacitinib dose developed acne, yielding an incidence rate of 9.8 percent, while those who received the 30-mg dose saw a corresponding rate of 15.2 percent (n=131). Meanwhile, 19 patients (2.2 percent) in the placebo arm developed acne.

Almost all cases of acne were mild or moderate in severity (grade 1/2), with only one documented case of severe, grade 3 acne. Two patients discontinued upadacitinib use due to moderate acne.

Acne lasted for an average of 104.2 and 93.2 days in the 15- and 30-mg dose arms, respectively, much longer than the 23.7-day mean duration in placebo controls. Almost all patients developed acne on the face. Nevertheless, most cases of acne were manageable, with 40.5 percent and 46.6 percent of patients in the 15- and 30-mg dose groups, respectively, needing no medical intervention.