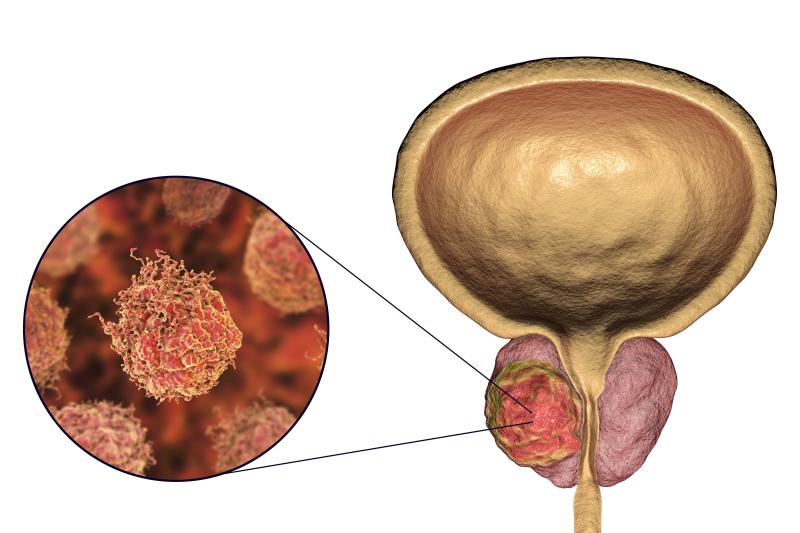 The androgen receptor inhibitor apalutamide prolonged metastasis-free survival (MFS) by approximately 2 years in men with nonmetastatic castration-resistant prostate cancer (nmCRPC) who are at high risk of metastatic disease, according to findings of the SPARTAN* trial.

“Until this trial, there have been no drugs proven to benefit men with nonmetastatic prostate cancer that has progressed despite standard hormonal therapy. These results show that apalutamide made a significant difference in prolonging the time before the development of metastasis,” said study author Professor Eric Small from the University of California, San Francisco, US, at the American Society of Clinical Oncology 2018 Genitourinary Cancers Symposium (ASCO GU 2018).

In this phase III, multinational (332 centres globally), double-blind study, 1,207 patients (median age 74 years) with nmCRPC and a prostate-specific antigen doubling time (PSADT) of ≤10 months were randomized to receive oral doses of apalutamide (240 mg QD; n=806) or placebo (n=401) in addition to androgen-deprivation therapy. Median follow-up time was 20.3 months at the time of primary analysis, at which point 61 and 30 percent of patients in the apalutamide and placebo groups, respectively, were still on treatment.

At study initiation, the median PSADT was 4.4 and 4.5 months in the apalutamide and placebo arms, respectively.

The improved MFS was evident across various subgroups including age, race, region, PSADT, or the use of hormonal therapy or bone-sparing agents.

Though the difference in overall survival was nonsignificant, apalutamide was associated with a 30 percent reduction in the risk of death compared with placebo (median, not reached vs 39.0 months, HR, 0.70; p=0.07).

“Overall, data [from this study] suggest that apalutamide should be considered as a new standard of care for men with high-risk nmCRPC. It is exciting that there now exists such a well-tolerated agent for this group of high-risk patients for whom no approved therapies currently exist,” said Small.

“There is a population of men with prostate cancer who have no visible evidence of spread but who have a rise in their blood markers. These patients can have a poor prognosis, and until now, the optimal management of their cancer remained an enigma. These findings suggest there may finally be a treatment that holds real promise for extending their health and their lives,” said ASCO Expert Dr Sumanta Pal from the City of Hope National Cancer Center in Duarte, California, US, who moderated the ASCO GU 2018 press conference.

“[T]reating asymptomatic patients carries a certain burden of proof wherein benefit must clearly outweigh risk … [we] need to better understand who is at high risk to minimize the risk [of side effects such as falls and fractures],” he said.

Associate Professor Emmanuel Antonarakis from the Johns Hopkins University, Baltimore, Maryland, US, who was unaffiliated with the study echoed this opinion, saying “Patients receiving apalutamide had higher rates of falls, fractures, hypothyroidism, and arthralgias, [which] are very relevant when treating an asymptomatic population with a 5-year life expectancy.” [Lancet Oncol 2018;doi:10.1016/S1470-2045(18)30156-6]