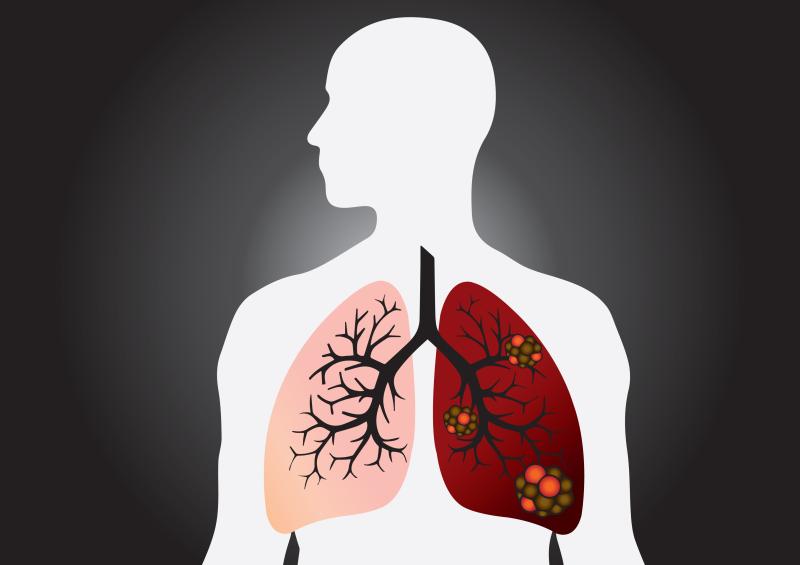 Patients with advanced small cell lung cancer (SCLC) who experience disease progression despite two or more lines of therapy could benefit from pembrolizumab in the third-line setting, according to results from the phase 1b KEYNOTE-028 and phase II KEYNOTE-158* studies presented at AACR 2019.

Despite the first- and second-line therapies available for advanced SCLC, the 5-year survival rate for this condition is poor at <10 percent, said study author Professor Hyun Cheol Chung from the Yonsei Cancer Center, Seoul, Republic of Korea.

“Our findings show that pembrolizumab monotherapy can provide promising antitumour activity with durable clinical benefit and manageable toxicity in patients whose disease has progressed after two or more lines of prior therapy for advanced SCLC,” said Chung.

Study participants were 131 patients with advanced SCLC and ECOG performance status of 0 or 1 who were previously treated with ≥2 lines of therapy, were immunotherapy-naïve, and had progression of disease while on standard therapy. KEYNOTE-028 comprised only patients with PD-L1-positive tumours.

At a median follow up of 7.7 months, the objective response rate was 19.3 percent, with two patients having a complete response and 14 having a partial response. Of the 16 responders, 14 had PD-L1-positive tumours. [AACR 2019, abstract CT073]

“Our findings are particularly noteworthy given that data show that historically, patients with SCLC in the third-line treatment setting have limited survival benefit, with a median duration of response of less than two months and median survival of around two to three months,” said Chung. “Our study shows that pembrolizumab monotherapy can provide durable clinical benefit with manageable toxicity in this hard-to-treat patient population,” he added.

The most common treatment-related adverse events (TRAEs) were fatigue (14 percent), followed by pruritus, rash, and arthralgia (11 percent each). Eight percent of patients experienced grade 3 TRAEs and no grade 4 TRAEs occurred. The grade 5 TRAEs experienced by three patients were intestinal ischaemia, pneumonia, and encephalopathy. Immune-mediated AEs or infusion reactions occurred in 21 percent of the cohort, though none were grade 5 reactions. The most common immune-mediated AE was hypothyroidism (10 percent). Seventy-three patients discontinued study treatment, primarily due to disease progression (n=57).

“Overall, the AEs noted were consistent with the safety profile of pembrolizumab and no new safety signals were identified,” said Chung.

Chung acknowledged that as the method of PD-L1-positivity assessment varied in the two studies, “the role of PD-L1 in patient selection” was not addressed. The retrospective and single-arm design of the trials were also limitations.

“[Nonetheless], this pooled analysis supports the use of pembrolizumab monotherapy for patients with extensive-stage SCLC as third-line or later therapy,” Chung concluded.