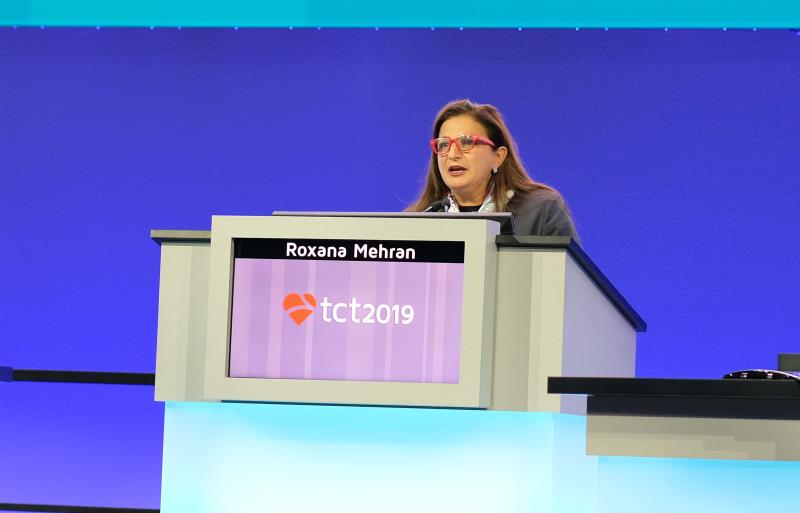 Ticagrelor monotherapy significantly reduces bleeding without increasing the risk of ischaemic events (all-cause death and myocardial infarction (MI)) in high-risk patients who have undergone percutaneous coronary intervention (PCI), according to the TWILIGHT* study presented at TCT 2019.

The double-blind TWILIGHT trial involved 7,119 patients at high risk for ischaemic or haemorrhagic complications who had a successful PCI with at least one locally-approved DES**. Participants who completed a 3-month course of DAPT*** (ticagrelor plus aspirin) and had no major bleeding or ischaemic events were randomized in a 1:1 ratio to receive ticagrelor monotherapy (n=3,555, mean age 65.2 years) or continue ticagrelor plus aspirin (n=3,564, mean age 65.1 years) for 1 year. Baseline characteristics were similar in both treatment arms. All patients were followed up at 6 and 12 months for pill counts, adherence, and ascertainment of important outcomes. [TCT 2019, abstract LBT1]

However, a nonsignificant numerically higher rate of stroke was observed among patients on ticagrelor monotherapy than those on ticagrelor plus aspirin (0.5 percent vs 0.3 percent; HR, 1.80; p=0.13). “There’s no question that we are not powered for those rare events, but notably, in the same venue, mortality was numerically lower in patients who received [ticagrelor monotherapy] … stent thrombosis was [also] numerically lower,” Mehran said. “We really want to understand if there is a stroke issue, especially since the patients with prior stroke were not included in this trial, and it should be noted that all strokes in this study were adjudicated by board-certified neurologists, so we probably captured more than you would have imagined”.

Mehran acknowledged that the study had some notable limitations. For example, the results were not generalizable to all patients undergoing PCI due to specific inclusion and exclusion criteria, as well as those receiving background therapy with other P2Y12 inhibitors.

“Balancing ischaemic and bleeding complications after a coronary intervention is a very important dilemma for us clinicians, and addressing the clinical imperatives of lowering bleeding while preventing ischaemic events really requires a therapeutic strategy that decouples thrombotic from haemorrhagic risk, [and it is a] very difficult task to do,” said Mehran.

“[This study shows that] in high-risk patients who underwent PCI and were treated with ticagrelor and aspirin for 3 months without any major adverse [bleeding or ischaemic] events, an antiplatelet strategy of continuing ticagrelor monotherapy resulted in substantially less bleeding … without increasing ischaemic events over a period of 1 year,” noted Mehran.

“These results suggest that ticagrelor monotherapy may be a suitable antiplatelet strategy to lower bleeding while preserving ischaemic benefit in this group of patients,” she concluded.

Dr Davide Capodanno from the University of Catania in Catania, Italy, who is unaffiliated with the study, commented: “[Ticagrelor monotherapy] is a bleeding avoidance strategy and may be practice-changing”. Dr Vijay Kunandian from the Newcastle University in England, UK, added: "This is a guideline-changing study, where after 3 months it’s okay for patients to be on the single-agent ticagrelor”.

*TWILIGHT: Ticagrelor With Aspirin or Alone in High-Risk Patients After Coronary Intervention