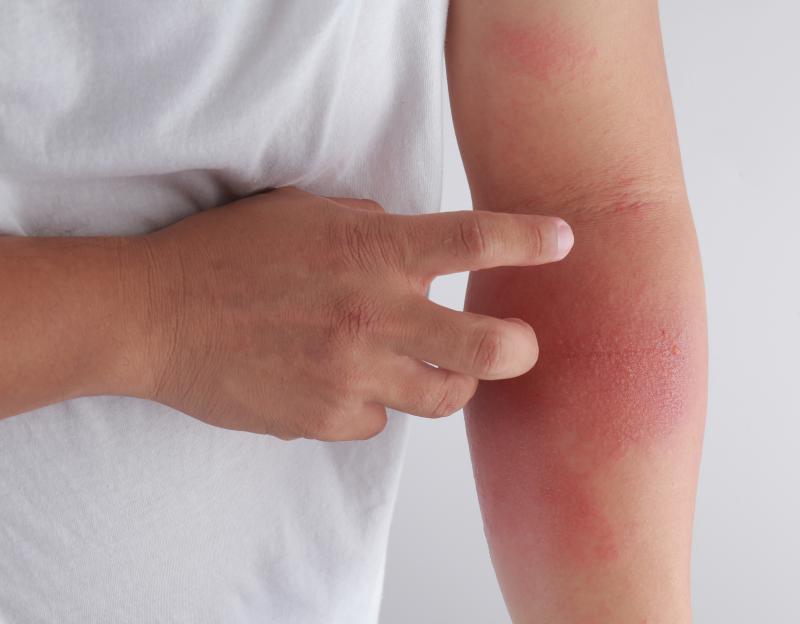 Placebo responses appear to be common in randomized controlled trials (RCTs) for atopic dermatitis (AD), reports a new meta-analysis. Better methodological control, such as double- or triple-blinding and more balanced sex distributions, may help address this.

After applying the selection criteria, 64 RCTs were found to be eligible and were ultimately included in the meta-analysis. Half of the included studies were on adults, and 39.1 percent enrolled children. Studies were retrieved from the databases of Scopus, Lilacs, Great, Embase, Medline and the Cochrane Library.

There was also great heterogeneity in the outcome measures used. The numerical rating scale or visual analogue scale (NRS/VAS) was employed most commonly, followed by the objective Scoring AD (SCORAD) index and the Eczema Area Severity Index (EASI). The Dermatology Life Quality Index was also used, as were different laboratory tests.

Multivariable mixed models of Cohen’s D found that the effect sizes of EASI scores increased in the placebo arms of studies with more males. The same was true for effect sizes of NRS/VAS.

Study design also appeared to be an important consideration for placebo effects. The effect-sizes of EASI in the placebo group were lower in studies that were double- or triple-blinded. Those with concomitant prescription of topical therapies, on the other hand, saw greater effects of EASI and NRS/VAS in placebo groups.