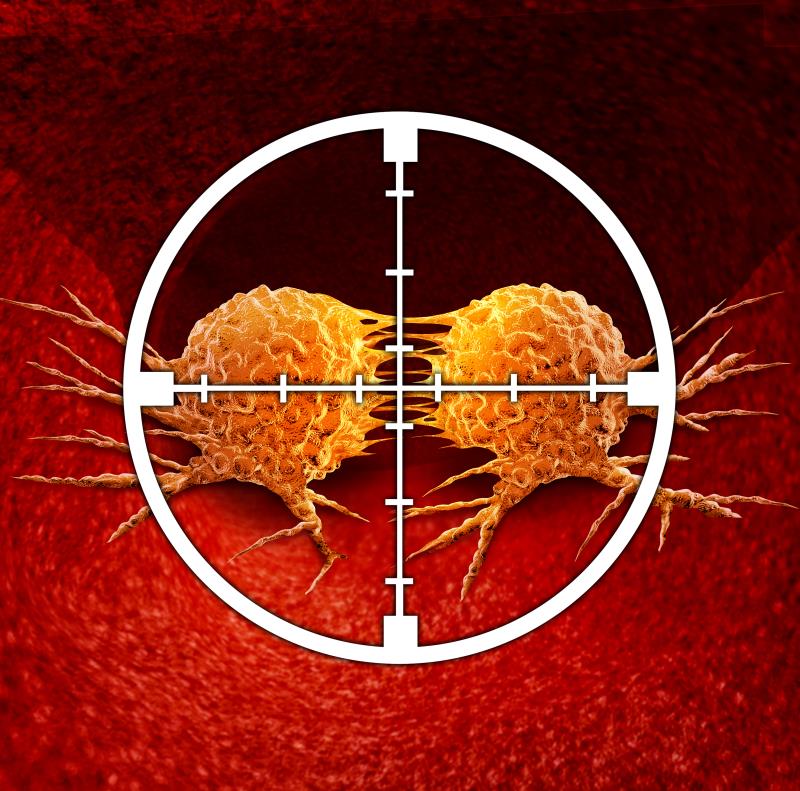 A triple-drug combination therapy comprising encorafenib, binimetinib, and cetuximab significantly improved survival compared with the current standard of care chemotherapy in patients with BRAF V600E-mutant metastatic colorectal cancer (mCRC) who had failed one or two prior treatments, according to the BEACON CRC study presented at the recent ESMO World Congress on Gastrointestinal Cancer (ESMO GI).

“These are very exciting results because we’ve been trying to target BRAF-mutant CRC for many years. It’s encouraging to see such a significant improvement in overall survival [OS] and response in patients with such aggressive tumour biology,” said lead author Dr Scott Kopetz from The University of Texas MD Anderson Cancer Center in Texas, Houston, US. “Hopefully, this will soon lead to increased access to this treatment for patients where there is currently such a large unmet need.”

According to Kopetz, BRAF V600E mutation is present in up to 15 percent of patients with mCRC and confers a poor prognosis. The rationale behind the triplet combination is based on increasing understanding of the effects of targeted therapies on BRAF oncogene. Colorectal cancer cells tend to develop resistance mechanism towards targeted therapy after initial treatment. “With this triple targeted therapy, we are using a very scientifically logical combination to inhibit BRAF and these other mechanisms,” explained Kopetz.

The multicentre, open-label, phase III study involved 665 patients with BRAF V600E-mutant mCRC who had progressed after previous treatment with one or two regimens in the metastatic setting. Patients were randomized 1:1:1 to receive encorafenib + cetuximab with or without binimetinib (triplet or doublet combination therapy) or the current standard treatment of irinotecan or FOLFIRI + cetuximab (control) depending on the investigator’s choice. [ESMO GI 2019, abstract LBA-006]

The primary endpoint of OS was significantly longer in the triplet combination arm than the standard therapy arm (median 9.0 vs 5.4 months, hazard ratio [HR], 0.52; p<0.0001).

The coprimary endpoint of objective response rate (ORR) based on blinded central review was also significantly higher with the triplet combination therapy than the standard regimen (26 percent vs 2 percent; p<0.0001).

Overall, the safety profile of the combination therapy was consistent with what is known for each agent. Adverse events of grade ≥3 were reported in 58, 50, and 61 percent of the patients on triplet, doublet, and standard treatment, respectively.

In light of the current findings, invited discussant Professor Andrés Cervantes from INCLIVA Biomedical Research Institute, University of Valencia in Valencia, Spain recommended that all patients with CRC should undergo testing for BRAF mutations.

“We now have a specific treatment that can change the natural course of the disease in patients with BRAF mutations and is better than previous therapy, so it is essential that patients are routinely tested,” he stressed.

He also noted that the combination of three targeted therapies towards BRAF V600E mutations offers a chemotherapy-free option for patients. “The fact that we can give this targeted combination without the need for chemotherapy is very good news for patients, not least because of the side effects that they typically experience with chemotherapy,” added Cervantes.

Nonetheless, Cervantes also cautioned that the triplet combination therapy should be restricted to the patient population in the study, ie, in second- or later-line settings.

“However, it is important that we investigate its use in other settings where more patients with BRAF mutations may also benefit, including those with less advanced metastatic disease and possibly in the adjuvant setting after primary surgery with curative intent,” he said.