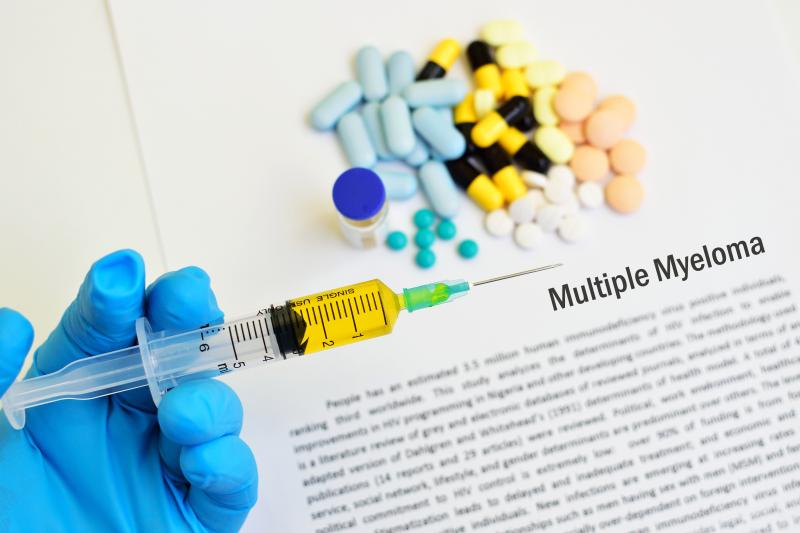 A treatment combination comprising pomalidomide, bortezomib, and dexamethasone (PVd) appears to be effective in multiple myeloma patients for whom lenalidomide is no longer an option, including those refractory to lenalidomide, according to the results of the phase III OPTIMISMM trial.

Of the 559 patients in the intention-to-treat population of OPTIMISMM randomized to receive either PVd or bortezomib and dexamethasone (Vd), 226 had undergone only one prior line of therapy and were included in the present analysis. A total of 129 patients (57.1 percent, median age 69 years) were refractory to lenalidomide (PVd arm, 64 patients; Vd arm, 65 patients), while 97 (42.9 percent, median age 66 years) were not (PVd arm, 47 patients; Vd arm, 50 patients). Outcomes were evaluated by lenalidomide-refractory status, prior bortezomib exposure, and prior stem cell transplant (SCT)

Patient characteristics at baseline were generally similar in the two treatment arms in each subgroup. However, the PVd arm vs the Vd arm of the lenalidomide-refractory subgroup had a greater proportion of patients with impaired renal function (creatinine clearance <60 mL/min) and high-risk cytogenetics, and a smaller proportion of those with International Staging System stage III.

The findings highlight the benefit of using PVd at first relapse, including immediately after upfront lenalidomide treatment failure and other common first-line treatments.