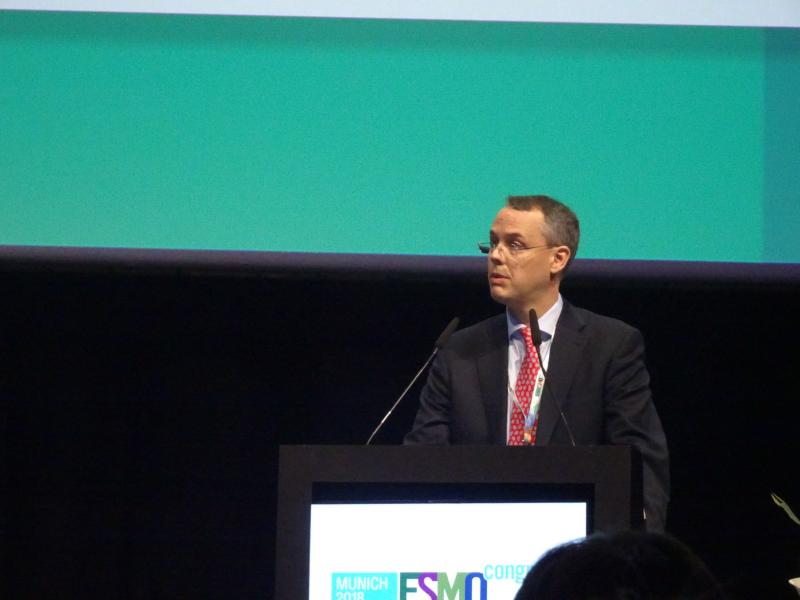 Patients with previously treated metastatic gastric adenocarcinoma had improved overall survival (OS) when a trifluridine-tipiracil combination was added to a supportive care regimen compared with best supportive care alone, according to findings of the phase III TAGS* trial.

A total of 507 adults with nonresectable, metastatic gastric adenocarcinoma and radiological disease progression who had previously been treated with ≥2 chemotherapy regimens were randomized to receive best supportive care in addition to placebo (n=170, median age 63 years, 69 percent male) or oral trifluridine/tipiracil (35 mg/m2 twice/day on days 1–5 and 8–12 every 28 days; n=337, median age 64 years, 75 percent male). Patients who received trifluridine/tipiracil and placebo were treated for a mean 12.1 and 7.1 weeks, respectively.

“[F]uture research exploring the treatment in novel combination regimens could be warranted,” they added.

In contrast to other drugs approved for gastric cancer treatment in the third-line setting, the AEs associated with trifluridine/tipiracil use appear to be short-term, said the researchers. “[As such], the safety profiles of these drugs might determine suitability for individual patients, although ideally further biomarker analysis would clarify predictive factors for each drug,” they said.

“Our aim as clinicians now needs to be to identify the patients who benefit most from each treatment to achieve a sustained 12-month survival rather than a somewhat short improvement of survival by 9 weeks,” said Drs Henrik Nienhüser and Thomas Schmidt from the University of Heidelberg in Heidelberg, Germany, in a commentary. [Lancet Oncol 2018;doi:10.1016/S1470-2045(18)30752-6]

They cautioned that the PFS benefit observed in the trifluridine/tipiracil group (approximately 6-day improvement), while statistically significant, had “little clinical relevance”, and called for head-to-head trials to identify the best treatment regimen for patients with heavily pretreated gastric cancer.