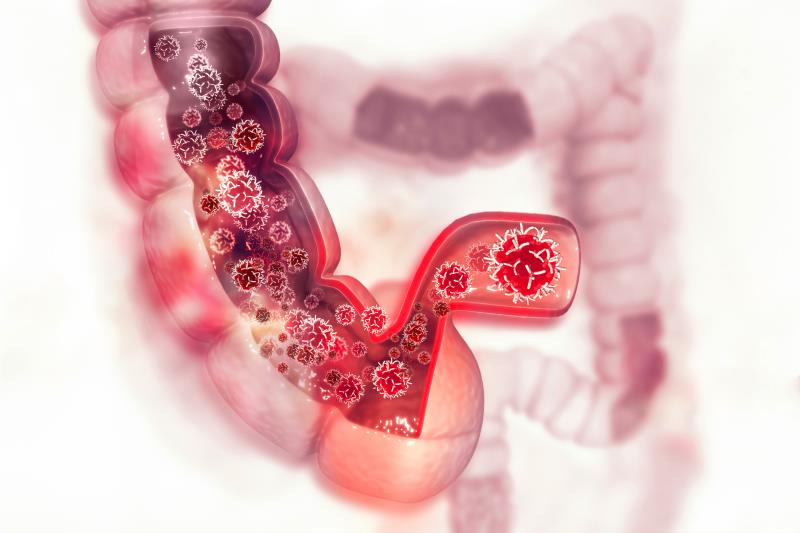 Augmenting the triple chemotherapeutic regimen FOLFOXIRI* with bevacizumab demonstrated favourable efficacy regardless of age and gender in patients with unresectable metastatic colorectal cancer (mCRC), according to data presented at the ESMO World Congress on Gastrointestinal Cancer (ESMO GI) 2019.

To establish the safety and efficacy of upfront chemotherapy intensification according to baseline age and gender, researchers conducted a pooled subgroup analysis of the TRIBE** and TRIBE2*** studies (n=1,187, 58 percent male). Age-wise, 85 percent and 15 percent of participants were aged <70 and 70–75 years, respectively. Participants were randomized to receive bevacizumab in addition to either FOLFOXIRI (triplet-bevacizumab regimen) or a doublet regimen (ie, FOLFIRI# or FOLFOX##). [ESMO GI 2019, abstract O-013]

In the safety population, the triplet-bevacizumab regimen yielded a higher risk of overall and chemotherapy-related grade 3/4 adverse events (AEs) than the doublet-bevacizumab regimen regardless of age (pinteraction=0.74 and 0.79 for overall and chemotherapy-related AEs, respectively) and gender (pinteraction=0.63 and 0.33, respectively).

“[Given] the increased incidence of febrile neutropenia and diarrhoea with FOLFOXIRI/bevacizumab, the use of [granulocyte-colony stimulating factor] as primary prophylaxis or an initial dose reduction of irinotecan and 5-fluorouracil might be considered in this population,” said the researchers. The high incidence of nausea and vomiting may warrant amplification of antiemetic prophylaxis, they added.

The treatment effect with the triplet-bevacizumab regimen was consistent across clinical and molecular subgroups, with higher PFS2 benefit among individuals with ECOG performance status (PS) 0 vs those with ECOG PS 1–2 (HR, 0.70 vs 1.13; pinteraction=0.05).

The survival advantage of triplet-bevacizumab over the doublet-bevacizumab regimen was also observed in the presence of a right-sided and/or RAS/BRAF mutant tumour (HRs, 0.69 and 0.68 for PFS1 and PFS2, respectively), though these findings were nonsignificant.

Taken together, despite the relative increase in toxicity in the pooled analysis, both studies highlighted the efficacy of the triplet regimen when bevacizumab was added as an upfront option in treating unresectable mCRC.