Transverse vs longitudinal: Which volar wrist incision is more preferred? 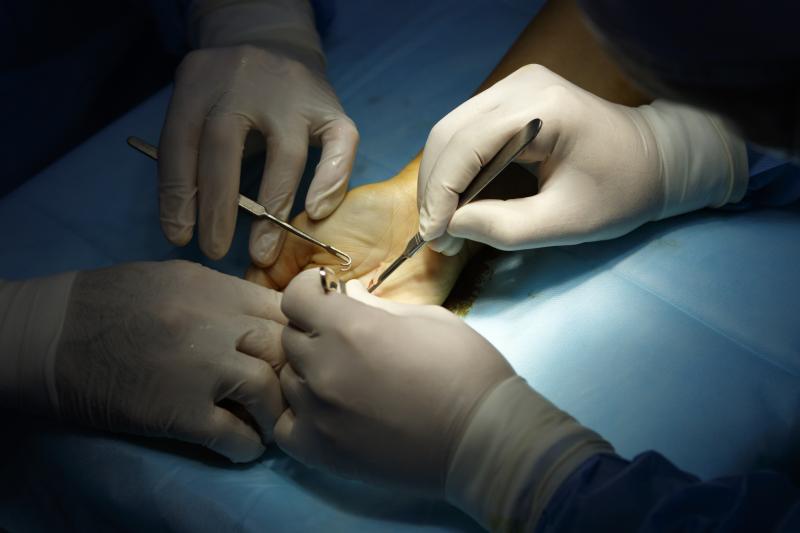 A survey of volar wrist incision preferences in Singapore reports that a longitudinal scar is favoured by respondents from the general public over a transverse one.

Patients aged >18 years with no prior surgery to the wrist were eligible for this prospective survey. Questions assessed included the following: longitudinal or transverse scar preference, reasons for preference, and demographic information.

The main reasons for longitudinal scar preference were perceived damage to wrist structures, such as veins and tendons, by a transverse incision (24.4 percent); better cosmesis (23.1 percent); and scar from the transverse incision appearing like a self-inflicted injury (16.6 percent). For transverse scar preference, the top reasons were as follows: easily concealed by accessories, such as watches (46.5 percent); less noticeable (16.3 percent); and better cosmesis (11.6 percent).

For older respondents aged ≥60 years, possible damage to wrist structures was their main concern, while younger respondents were most concerned that transverse scars appeared like self-inflicted injuries. No difference in the preference of scar orientation was observed between respondents of different ethnicities.

“Many who chose the longitudinal scar also believed that a transverse incision might damage tendons, veins and arteries in the wrist, suggesting that patients may have preconceived notions of how incisions would affect function following surgery,” the researchers said. “These findings also suggest that it might be appropriate to address such concerns prior to surgery.”

In addition, they appeared to have underestimated the significance of social stigma that would be associated with a transverse wrist scar. Such concerns could be addressed and alleviated during preoperative counselling by showing patients photographs of healed surgical scars.

“Although transverse scars may not be preferred by the majority, transverse incisions hold merit for patients who would seek to hide the scar using wristwatches or other accessories,” the researchers said.

In an earlier study by Naito and colleagues, they explored the possibility of distal radius fixations with a 10-mm incision for a volar locking plate. [Tech Hand Up Extrem Surg 2016;20:71-76]

“Most surgeons are more familiar with the traditional longitudinal approach, and our results showed that patients were not averse to such incisions. However, perceptions of scar aesthetics vary with individual choice and show marked interpersonal variability, as seen from our survey of first impressions of volar wrist scars,” the researchers said.

“Therefore, should the surgeon have the expertise in both approaches and the surgery be amenable to either approach, the orientation of the surgical scar could be discussed preoperatively with the patient before a decision on the surgical approach is taken,” they added.