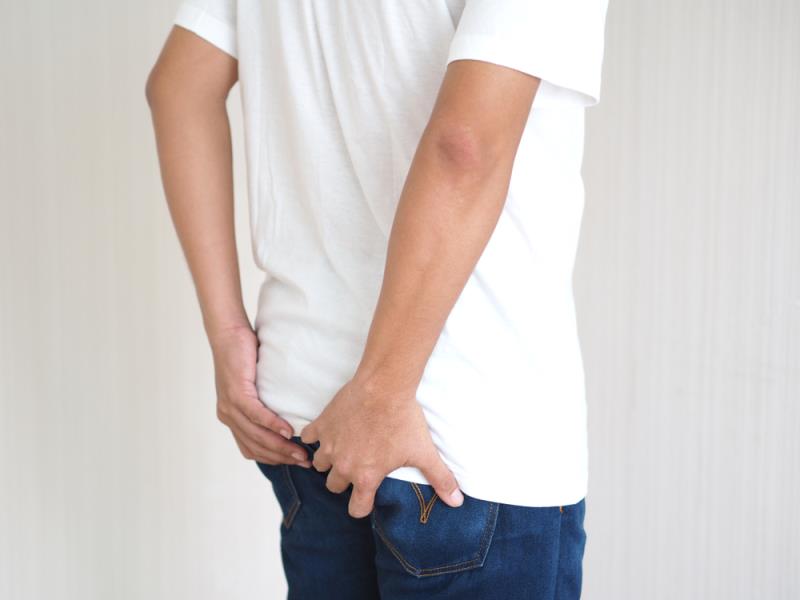 Patients undergoing prostate biopsies see fewer urinary infections and septic complications when the procedure is performed through a transperineal (TP) rather than a transrectal (TR) route, according to a recent Singapore study. Both methods achieve comparable levels of diagnostic accuracy.

“The TP route of prostate biopsy has been gaining popularity recently, largely due to its potential lower risk of septic complications,” the researchers said. “Our institution’s data serve to further validate the safety of this TP approach under local anaesthesia and show that it is able to achieve at least comparable prostate cancer detection rates when compared with TR biopsies.”

TP emerged as the more tolerable of the two prostate biopsy routes, yielding significantly lower rates of urosepsis (0 percent vs 2.2 percent; p=0.04) and nonseptic urinary tract infection (UTI) complications (0.9 percent vs 2.2 percent) than the TR procedures. Two TP patients developed UTI symptoms, of whom one had a prior history of chronic bacterial prostatitis. [BJUI Compass 2022;3:197-204]

Similarly, only one patient (0.9 percent) who underwent TP prostate biopsy developed symptomatic hypotension. This patient showed no signs of sepsis and had normal urine microscopy and culture results. In addition, hospitalization for further observation lasted for only one day, after which the patient was discharged.

Urinary retention rate was likewise marginally better in the TP vs TR groups, with corresponding values of 3.8 percent and 4.5 percent. TP patients showed a mean visual analogue scale score of 3.67.

The better tolerability profile of TP prostate biopsy did not come with efficacy tradeoffs, with the resulting detection rate for clinically significant cancer (Gleason grade ≥2) was slightly higher but statistically similar to that in the TR group (53.5 percent vs 43.6 percent; p=0.062).

Of note, overall cancer detection rate in biopsy-naïve patients was significantly better in the TP vs TR groups (63.5 percent vs 50 percent). In the corresponding arms, 94.3 percent and 96.6 percent were biopsy-naïve.

Further stratification according to PSA revealed that among biopsy-naïve patients, TP significantly outperformed TR for cancer detection in those with PSA <10 (45.1 percent vs 23.3 percent; p=0.0034). However, such a trend did not translate to better detection of clinically significant cancers.

“Our increased prostate cancer detection rate in the TP cohort was unlikely confounded by patients who underwent saturation biopsies,” the researchers said. “We postulate that this increase in detection rate could be, in part, due to a higher pick-up rate in anterior zone cancers.”

Further studies are needed to more understand the factors that contribute to the better detection rates of TP vs TR.