Transnasal capsule endoscope does not disappoint in Barret’s oesophagus screening 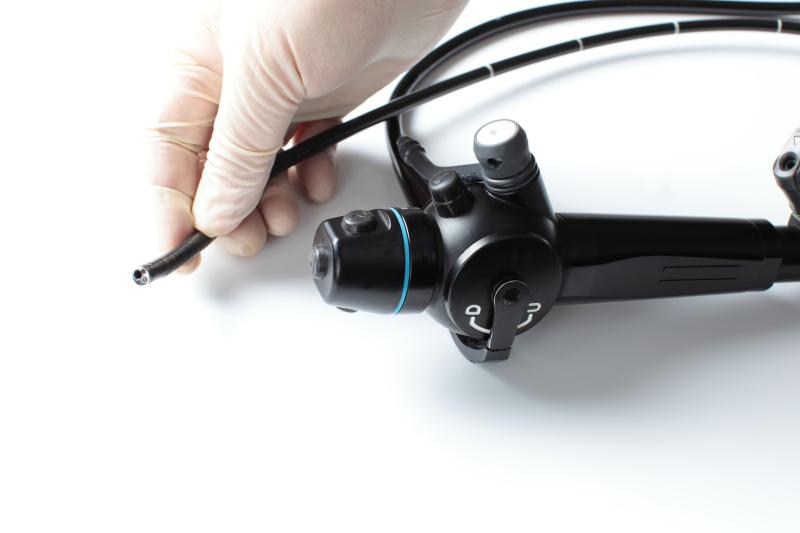 A single use trasnasal endoscope, named EG Scan, is safe and highly accurate for detecting Barret’s oesophagus (BE), with the sensitivity and specificity being higher than 90 percent, as compared with conventional esophagogastroduodenoscopy (C-EGD), according to a study.

The study included 178 individuals (mean age 57.9 years; 67 percent male) with a BE prevalence of 53 percent and who completed both EG Scan and C-EGD on the same day. EG scan detected any length BE with a sensitivity of 90 percent and a specificity of 95 percent. The corresponding sensitivity values for detecting long segment and short segment BE were 95 percent and 87 percent. [Clin Gastroenterol Hepatol 2019;17:638-646]

“All operators had a comparably limited experience of using the EG Scan at baseline; therefore, a learning curve that may impact on the technical and diagnostic performance of this technique might be present,” researchers noted.

“Although C-EGD remains the reference standard test to diagnose BE, it is not suitable for widespread screening because of direct and indirect costs associated with sedation, recovery and monitoring. The technical success rate of unsedated transnasal endoscopy (TNE) is comparable with C-EGD and the former is more preferred by patients,” researchers said.

“However, the conventional TNE devices still require dedicated endoscopy suites with specialized equipment and decontamination facilities, hence, they have limited potential for widespread use in population screening,” they added.

The second generation EG Scan used in the present study addresses such limitation. Highly compact and portable, the device is a thin video capsule inserted transnasally for endoscopic imaging of the distal oesophagus. It incorporates a disposable probe that omits the need for reprocessing. These features are said to allow use of the device in the clinic or any other setting with rapid turnaround of patients.

Results regarding the accuracy of EG Scan for BE detection are comparable with those reported for other conventional TNE devices, both nonportable and nondisposable. This suggests that performing TNE in a clinic room using a significantly more compact device, such as the EG Scan, can still achieve high sensitivity in this subgroup of patients with longer segment BE, researchers said. [Gastrointest Endosc 2012;75:954-961; Am J Gastroenterol 2006;101:2693-2703]

“One limitation of the EG Scan compared with other TNE devices and C-EGD is the lack of a working channel, hence it is not possible to obtain biopsy samples from endoscopically suspected areas of BE,” they noted.

However, in a two-step BE screening programme in the primary care setting, the issue of biopsy acquisition becomes less critical, because all individuals with suspected BE will require a clinical C-EGD for surveillance biopsies and risk stratification as per current practice, they added.

In an accompanying editorial, Drs Prashanthi Thota from the Cleveland Clinic and Amitabh Chak from the Case Western Reserve University School of Medicine in Ohio, US, commented that despite having a high diagnostic accuracy, the EG Scan could only enable convenient office-based screening of BE if the cost of the device is reduced, nasal intubation rate improved and primary care practitioners are trained to recognize BE. [Clin Gastroenterol Hepatol 2019;17:610-612]

“[A]ny nonendoscopic screening technique needs to meet the following criteria to become part of standard clinical practice: (1) specificity >90 percent and high sensitivity, preferably ≥90 percent; (2) low cost, preferably less than a quarter that of sedated endoscopy; (3) high uptake in at-risk population, which implies not just the research subjects but most subjects who are at risk for BE are willing to have the test; and (4) easily implemented, portable to primary clinic setting, or performed as part of routine gastroenterology practice,” the experts pointed out.

“Ultimately, the utility of any screening test depends on its ability to reduce the morbidity and mortality from oesophageal cancer. Until then, the search continues,” they added.