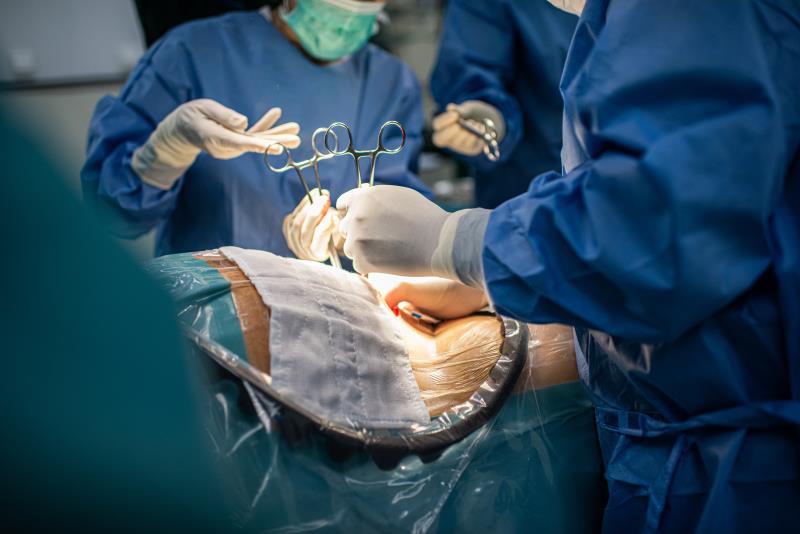 Participants in this multicentre, double-blind trial were 4,551 women aged ≥18 years at ≥34 weeks gestation (singleton or multiple pregnancy) who were expected to undergo Caesarean delivery before or during labour. They were randomized 1:1 to receive either tranexamic acid (1 g) or placebo administered intravenously within 3 minutes post-delivery following routine prophylactic uterotonic (oxytocin [5 or 10 IU] or carbetocin [100 μg]) and cord clamping.

Of the 4,431 women who underwent Caesarean delivery, 4,153 were included in the analysis. Baseline characteristics were comparable between the tranexamic acid and placebo groups including age (mean 33.3 vs 33.5 years) and pre-pregnancy BMI (mean 26.3 vs 26.1 kg/m2). About 37 percent of patients in each group were primiparous, about 52 percent had previously undergone Caesarean delivery, and 5.1 and 4.5 percent, respectively, had a history of PPH. Most women underwent Caesarean delivery before labour (71.1 and 70.8 percent, respectively). Ninety-seven percent of women received the trial treatment within 10 minutes of birth.

Estimated total blood loss did not significantly differ between women assigned to tranexamic acid vs placebo (mean 689 vs 719 mL; p=0.21), with 30.7 and 29.7 percent of women, respectively, experiencing total blood loss >1,000 mL. However, calculated estimated blood loss was significantly lower among women who received tranexamic acid compared with placebo (mean 680 vs 787 mL), as was mean peripartum change in haemoglobin (-1.2 vs -1.4 g/dL) and haematocrit levels (-3.5 percent vs -4.0 percent; p<0.001 for all).

Vomiting or nausea was more common among tranexamic acid than placebo recipients (42.7 percent vs 35.9 percent; p<0.001). Thromboembolic events up to 3 months post-delivery were numerically, but not significantly, more common in the tranexamic acid than placebo group (0.4 percent vs 0.1 percent [n=8 vs 2]; adjRR, 3.99; p=0.08). There were no incidents of retinal vascular occlusion, myocardial infarction, or kidney failure requiring dialysis in either group. There was one incident of seizure in each group.

“PPH is a major cause of maternal death and severe maternal morbidity,” said Professor Loïc Sentilhes from Bordeaux University Hospital, Bordeaux, France, who presented the findings at the annual meeting of the Society for Maternal-Fetal Medicine (SMFM 2021).

“To date, prophylactic administration of a uterotonic is the only procedure proved to reduce PPH after delivery and is therefore recommended by all authorities for all parturients.”