Towards a more holistic approach in COPD management 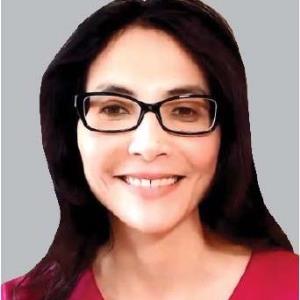 Chronic obstructive pulmonary disease (COPD) comprises many clinical subtypes with both pulmonary and extrapulmonary characteristics, where persistent airflow limitation is a common feature. In line with this understanding, COPD management has become increasingly personalized to address disease burden both within and beyond the lungs. At an AstraZeneca-sponsored webinar during the American Thoracic Society (ATS) 2021 International Conference, experts shared insights on different approaches to COPD management with the common goal of reducing morbidity and mortality in patients.

Understanding the burden of COPD
Despite the many advances in understanding and management of COPD, the disease remains a major healthcare burden, accounting for up to 4,000 emergency department visits daily in the US alone. [Chest 2015;147:989-998] “Chronic lower respiratory diseases, which include COPD, are the fourth leading cause of death in the US,” noted Professor Meilan Han of the University of Michigan, Ann Arbor, Michigan, US. [National Center for Health Statistics, NCHS Data Brief No. 395, Mortality in the United States, 2019]

The term COPD encompasses a spectrum of diseases, with chronic bronchitis (CB) at one end and emphysema at the other, with most patients having some characteristics of both. [Am J Respir Crit Care Med 2013;187:228-237] “CB is defined as chronic cough and sputum production for at least 3 months per year for 2 consecutive years. While mucus hypersecretion – the pathologic foundation for CB – is seen with increased frequency in patients with COPD, it is not necessarily associated with airflow limitation,” said Han.

“Emphysema, or parenchymal destruction, is a pathological term often incorrectly used clinically, which describes only one of several structural abnormalities present in patients with COPD,” highlighted Han. “Many patients with emphysema can develop CB, and small airway pathology has been linked to poorer clinical outcomes.” [Am J Respir Crit Care Med 2013;187:228-237]

Exacerbations a hallmark of COPD
“According to the Global Initiative for Chronic Lung Disease [GOLD] 2021 report, an exacerbation is defined as an acute worsening of respiratory symptoms, including dyspnoea, sputum volume, sputum purulence, cough and wheeze, that requires additional therapy,” said Han. [GOLD, Global Strategy for the Diagnosis, Management, and Prevention of COPD, 2021 Report]

Exacerbations account for a large proportion of total COPD burden on the healthcare system. [GOLD, Global Strategy for the Diagnosis, Management, an Prevention of COPD, 2021 Report] “In the ECLIPSE longitudinal study, up to 77 percent of COPD patients were found to have one moderate or severe exacerbation over a 3-year period,” said Han. [N Engl J Med 2010;363:1128-1138]

“While each exacerbation can lead to a decline in lung function, the greatest decline in forced expiratory volume in 1 second [FEV1] was actually observed in patients with mild COPD,” she pointed out. [Am J Respir Crit Care Med 2017;195:324-330]

“In addition, the risk of future hospitalizations increased by approximately 21 percent with one moderate exacerbation. These results highlight the importance of preventing exacerbations in patients with COPD,” she added. [Am J Respir Crit Care Med 2018;198:464-471]

Managing COPD beyond the lungs
“COPD may be more than a lung disease. A broader approach should be considered to better manage our patients and reduce mortality,” stressed Dr Fernando Martinez of Weill Cornell Medicine, New York, US.

A cohort analysis of the ECLIPSE study found that patients with COPD had significantly higher levels of white blood cells, interleukin-6, fibrinogen and C-reactive protein vs smokers with normal lung function and nonsmokers. “Patients with persistent inflammation during follow-up had significantly increased all-cause mortality vs those without evidence of systemic inflammation [13 percent vs 2 percent; p<0.001],” said Martinez. [PLoS ONE 2012;7:e37483]

One of the most important comorbidities in COPD is cardiovascular disease (CVD). “The presence of CVD is associated with increased risk of hospitalization, longer hospital stay, and increased all-cause and CVD-related mortality,” said Martinez. [Ther Adv Respir Dis 2018;12:1-16] An analysis of data from 25,857 COPD patients in the Health Improvement Network database found a 2.27-fold increase in myocardial infarction (MI) within 5 days after a COPD exacerbation, and a 1.26-fold increased risk of stroke 1–49 days after a COPD exacerbation.[Chest 2010;137:1091-1097]