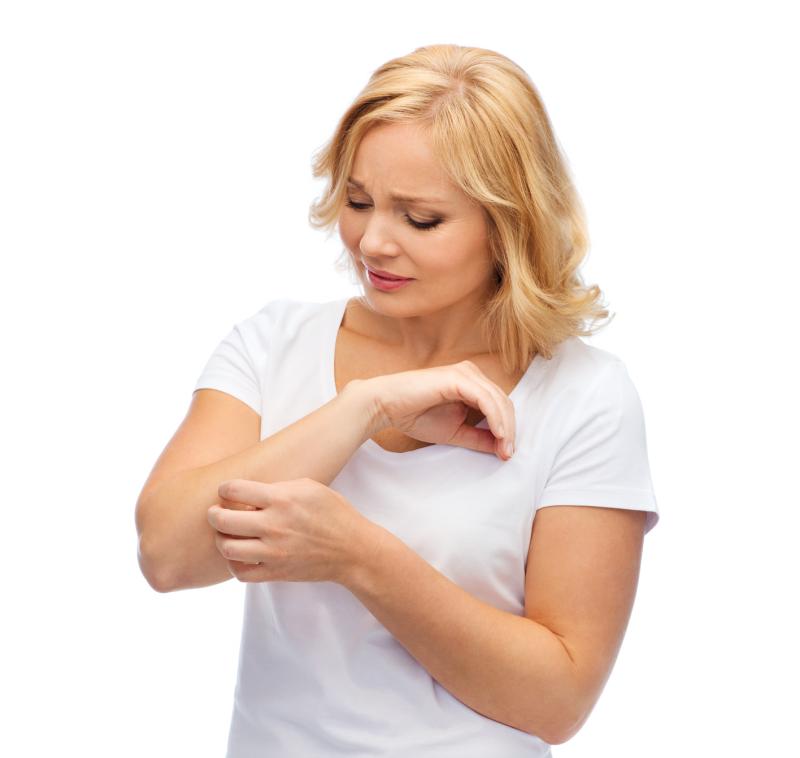 The combination of topical permethrin and oral ivermectin is an effective treatment for common scabies, a new study has found. However, post-scabetic itch seems to persist longer than has been previously thought, particularly in older adults.

The single-centre retrospective cohort study included 55 common scabies patients (mean age 55 years, 49 percent women) who had been treated with topical permethrin and oral ivermectin. Clinical outcome at follow-up, the primary endpoint, was categorized as cured, worsening, or no change. A parallel group of 48 patients treated with permethrin alone was also included for comparison.

After a median of 18 days, 49 patients treated with the combination approach were deemed cured, yielding a rate of 89 percent. Cure was defined as a decrease in clinical lesions after completion of intervention. In the permethrin group, 46 patients achieved this benchmark, corresponding to a rate of 96 percent (p=0.44). One patient in the combination group had worsening symptoms.

Similarly, there were no significant between-group differences in terms of time from treatment to cure, duration of follow-up after cure, recurrence, and duration of post-scabetic itch.

Notably, post-scabetic itch was a common occurrence, developing in 34 percent (n=35) of the overall cohort. Such itch persisted for a median of 52.5 days and participants had to dedicate a median of 1 follow-up visit for it.

Post-scabetic itch incidence tended to be higher in those who received the combination therapy, though failed to reach significance (p=0.072). Since this group was older by a mean of 13 years, the researchers “hypothesize that age-related physiologic changes … may contribute to this observed trend.”