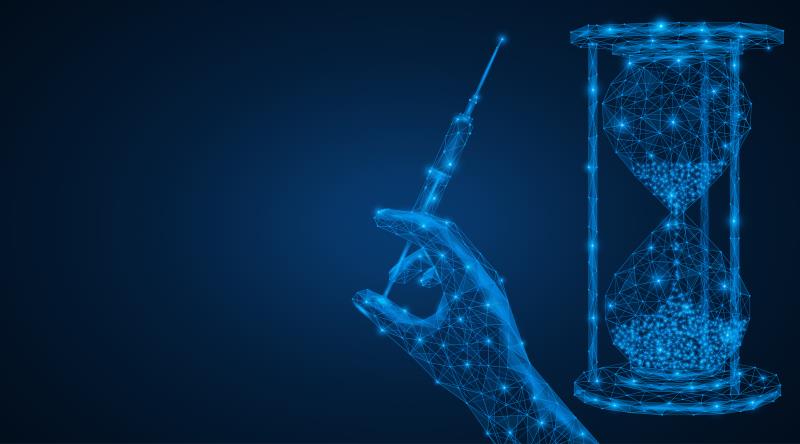 “[We hypothesized] that tocilizumab given during or after the need for mechanical ventilation will not improve outcomes, since the effects of the cytokine storm [brought about by the release of pro-inflammatory cytokines] in the pulmonary alveolar epithelium is irreversible,” noted Dr Sofia Salome Aparece-Solis from the Chong Hua Hospital, Fuente Osmeña, Cebu City, Philippines, in her poster presentation.

Of the intubated patients who received tocilizumab, 26 received the drug early (mean 3.96 days pre-intubation), while 39 had it late (mean 0.76 days post-intubation).

Regarding time to death, early vs late administration of tocilizumab also appeared to deliver a similar protective benefit, yielding an HR of 0.43.

Survival-wise however, timing did not seem to make any difference, as reflected by the similar survival rates between the early and the late administration arms (mean, 17.42 vs 18.62 days; p=0.67). Conversely, the difference was significant when using in-hospital days as time variable (mean, 61.25 vs 38.25 days; p=0.026).

Taken together, the findings suggest that early administration of tocilizumab may confer a protective benefit for patients with severe COVID-19. These also add to the growing literature supporting the benefit of tocilizumab in this setting. “[Tocilizumab appears to] successfully control an impending cytokine storm in severe COVID-19 patients,” said Aparece-Solis.

Another study from Ecuador similarly looked into the effect of the timing of tocilizumab administration in patients with severe COVID-19. The study comprised 56 patients (mean age 61.7 years, 70 percent male) who received corticosteroids and tocilizumab. Of these, 43 survived, with a mean time to hospital discharge of 11.5 days. [ATS 2021, abstract A2653]

The negative correlation observed between days prior to tocilizumab administration and survival status was statistically significant (rpb=–0.290; p=0.03).

“[This suggests that] early administration of tocilizumab was associated with a greater likelihood of survival, an observation that could not be reproduced with steroids,” said Dr Ivan Cherrez-Ojeda from Respiralab, Guayaquil, Ecuador.

Larger-scale trials are warranted to ascertain the benefits of tocilizumab and its timing of administration for patients with severe COVID-19.