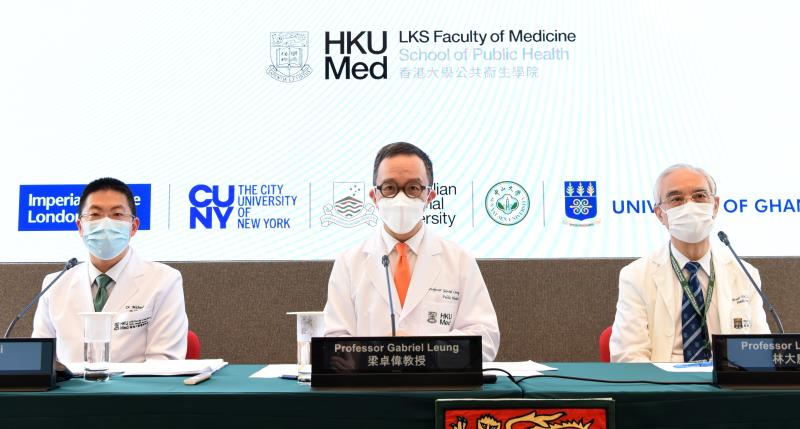 A study led by the University of Hong Kong (HKU) has identified stringent tobacco control and resulting low smoking rates as the key reasons behind Hong Kong’s world-leading longevity.

According to the latest (2019) World Bank data, Hong Kong has attained the world’s longest life expectancy for the seventh year in a row, with average life expectancy at birth of 82 years for men and 88 years for women.

To identify reasons behind Hong Kong’s world-leading life expectancy, researchers carried out Arriaga’s decomposition, truncated cross-sectional average length of life and joinpoint analyses of 1,424,522 deaths in Hong Kong since 1979 and of 263 million deaths in Singapore, South Korea and 18 countries of the Organisation for Economic Co-operation and Development (OECD), namely, Australia, Austria, Belgium, Canada, Denmark, Finland, France, Germany, Italy, Japan, the Netherlands, Norway, Portugal, Spain, Sweden, Switzerland, the UK, and the US in the same time period. [The Lancet Public Health 2021;doi:10.1016/S2468-2667(21)00208-5] They also analyzed the differences in life expectancy between Hong Kong’s native population and its sizeable migrant contingent.

“Low smoking prevalence is the single most important reason for Hong Kong’s longevity, accounting for 50.5 percent and 34.8 percent of its survival advantage over other affluent economies for men and women, respectively,” wrote the researchers. While genetic predisposition is a prominent contributor to premature mortality, accounting for 30 percent of early deaths, behavioural patterns, including lifestyle choices, impart an even greater risk at 40 percent contribution. [JAMA 1993 10;270:2207-2212; Health Aff (Millwood) 2002;21:78-93]

“On average, smokers die 10 years earlier than nonsmokers,” stated the researchers. “Smoking is the single largest cause of preventable death.” Yet tobacco use remains very high among men in mainland China (42 percent) and South Korea (36 percent), and among both sexes in France (28 percent), Spain (24 percent), the UK (16 percent) and the US (16 percent).

“Hong Kong’s unique combination of economic development and low smoking prevalence has led to the decline in diseases of poverty, while suppressing diseases of affluence,” said lead author Dr Michael Ni of HKU’s School of Public Health. “This framework could serve as an example and a roadmap for rapidly developing and high-income economies around the world.”

“Successful tobacco control has allowed Hong Kong’s life expectancy to exceed those of other populations around the world. This finding has the potential to save the largest number of lives in Hong Kong and worldwide,” said Professor Gabriel Leung of HKU’s Faculty of Medicine.

However, the researchers expressed concern regarding the growing global trend for using heated tobacco products (HTPs). “Allowing HTPs and e-cigarettes will lead to rapid re-normalization of tobacco use, substantial increase in youth smoking of HTPs and cigarettes, and rising mortality and morbidity,” commented Professor Tai-Hing Lam of HKU’s School of Public Health.