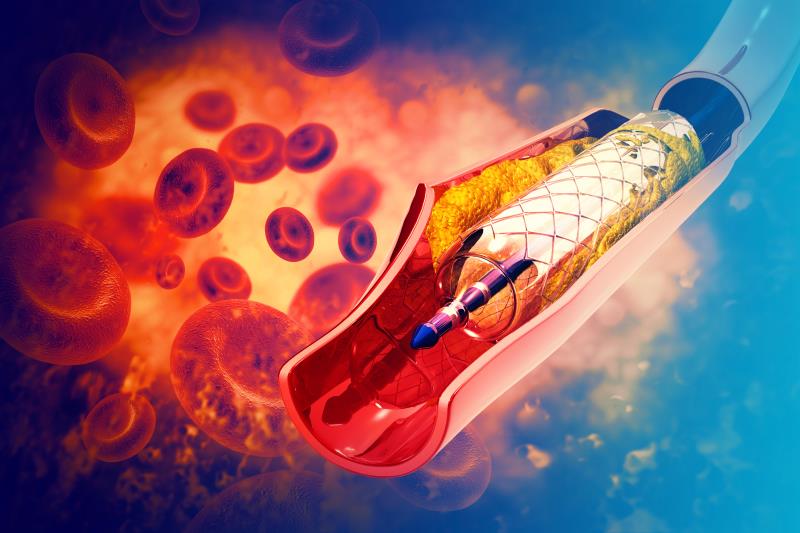 “[In this patient subgroup, our findings showed that] ticagrelor monotherapy significantly reduced the incidence of clinically relevant bleeding [including major and life-threatening bleeding, irrespective of PCI complexity] without increasing the risk of additional heart attack, stroke, or death compared with those who received ticagrelor plus aspirin,” said lead author Professor George Dangas from the Icahn School of Medicine at Mount Sinai in New York, US.

The sustained bleeding benefit was consistent across the individual components of the complex PCI definition#, noted Dangas. “These findings provide reassurance regarding the anti-ischaemic efficacy of ticagrelor, even in the absence of aspirin, among high-risk lesion subsets.”

Asked why the most complex PCI cases responded well to ticagrelor monotherapy when these would have presumably benefited more from prolonged DAPT, Dangas indicated that the more potent agent seemed to be conferring most of the benefit in other DAPT studies. “In this study, [although the regimen was not] dual, the potent agent continues. This may [have conferred] most of the ischaemic outcome.”

“It is reassuring that we saw no difference between groups for [stent thrombosis. Although] rare, it is a complication that cardiologists worry about and do everything they can to avoid,” said Dangas.

Overall, the study underscores the potential of ticagrelor monotherapy after a short period of DAPT as a bleeding reduction strategy without increasing ischaemic risk in this patient subset, noted Dangas.

However, the treatment effects are only applicable to patients who tolerated an initial 3-month DAPT regimen with ticagrelor plus aspirin without any major adverse events. Therefore, the findings cannot be generalized to all patients undergoing PCI, Dangas said. “[Our findings are] hypothesis-generating … Whether the findings are generalizable to a regimen of clopidogrel or prasugrel monotherapy remains unknown … We will [also] try to understand if there was any disparity between complex and noncomplex PCI.”

Further exploration is warranted to establish optimal antithrombotic strategies with a favourable risk-benefit trade-off between bleeding and ischemic complications in this patient setting, said the researchers.