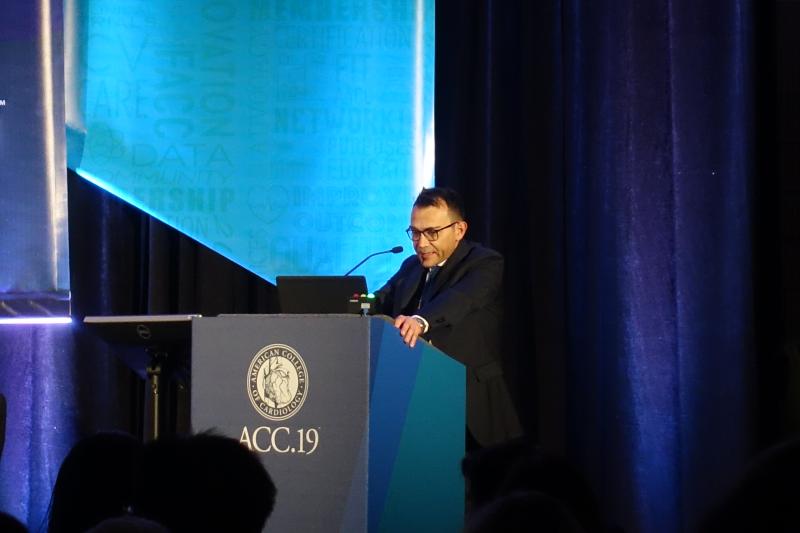 Ticagrelor monotherapy after 1 month of dual antiplatelet therapy (DAPT) was noninferior to standard 1-year DAPT among patients who had undergone percutaneous coronary intervention (PCI) with drug-eluting stents, according to results of the GLASSY* trial presented at ACC.19.

Study participants comprised patients undergoing PCI with biolimus-eluting stents. Participants in the intervention arm received ticagrelor (90 mg BID) plus aspirin (75–100 mg/day) for 1 month followed by ticagrelor monotherapy for 23 months, while those in the control arm received aspirin (75–100 mg/day) plus either ticagrelor 90 mg BID (patients with acute coronary syndrome**) or clopidogrel 75 mg/day (patients with stable coronary artery disease) for 12 months followed by aspirin monotherapy for 12 months. Total number of participants was 15,991 recruited from 130 centres worldwide (GLOBAL LEADERS cohort), of whom 7,585 (from the 20 top-enrolling sites) made up the GLASSY cohort.

A landmark analysis in the second year of treatment showed that compared with those in the control arm, patients in the intervention arm had significant reductions in MI (0.69 percent vs 1.27 percent; p=0.062) and definite stent thrombosis (0.05 percent vs 0.38 percent; p=0.007).

The primary safety endpoint, defined as Bleeding Academic Research Consortium (BARC) score 3 or 5 bleeding, occurred in 2.46 percent of patients in both the intervention and control arms.

“Our results provide new evidence that discontinuation of aspirin after 30 days while continuing ticagrelor alone does not expose patients to a higher ischaemic risk as compared to a standard DAPT for 1 year and may reduce the rates of MI and stent thrombosis as compared to aspirin alone … [without increasing] the risk of major bleeding,” he said.

While the results of this study are “appealing and promising”, results of other ongoing studies in this area of research may provide clinicians with more information on which drug is preferable, noted Valgimigli.