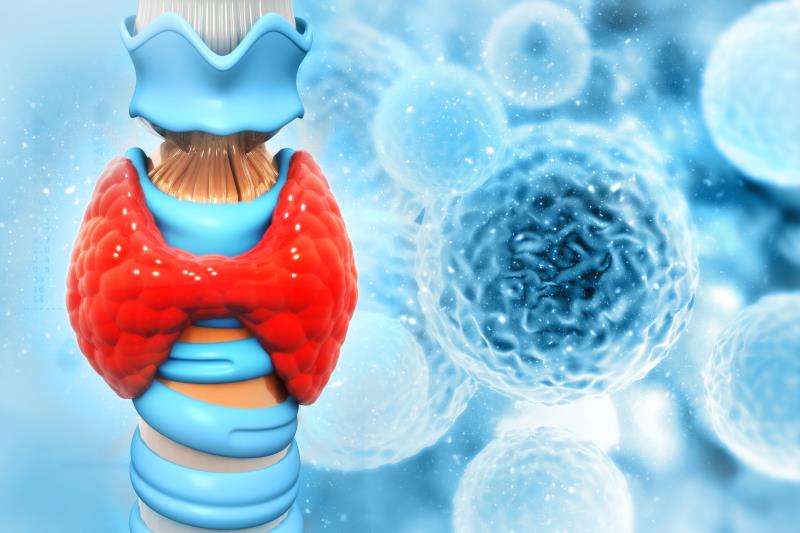 In a systematic review and meta-analysis of studies on primary surgical treatment outcomes for individuals with papillary thyroid microcarcinoma (PTMC; ≤1.0 cm at greatest diameter), hemithyroidectomy (HT) was associated with lower risks of postoperative complications but a higher incidence of overall recurrence compared with total thyroidectomy (TT).

“TT has historically been the primary treatment [for PTMCs, which] have been associated with increased thyroid cancer incidence in recent decades,” said the researchers. “[However, TT] is associated with a higher surgical complication risk profile, greater cost, and longer hospital stay than HT.” [Ann Surg Oncol 2014;21:3844-3852; Ann Surg Oncol 2016;23:3641-3652]

“As most of the studies were published in the last decade, these data are primarily from an era in which intraoperative nerve monitoring was commonplace, which may have played a role in reducing complication rates,” the researchers explained.

In terms of recurrence, HT was tied to a higher overall recurrence rate than TT (3.8 percent vs 1.0 percent; WRR, 2.6). Nonetheless, this may have been driven by the higher contralateral lobe recurrence rate (2.3 percent vs 0.0 percent) which, according to the researchers, “may instead represent discrete and independent cancer in the remaining lobe.” [Thyroid 2001;11:877-881]

“The choice between TT and HT for PTMC requires surgeons and patients to weigh surgical complication risk with risk of recurrence … Treating clinicians must be aware of complication risks so they can appropriately counsel patients,” said the researchers.

“[Our findings] help characterize and quantify current knowledge of the risk-benefit ratio of HT compared with TT for the treatment of PTMC and provide data that may have utility for patient counselling surrounding treatment decisions,” they concluded.