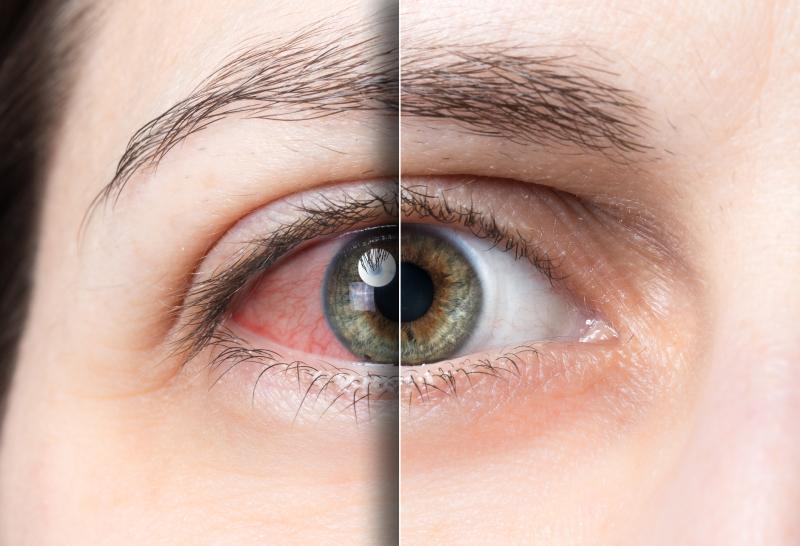 “Blephasteam resembles swimming goggles, making a seal with the periocular skin. A wet cotton ring is placed on the inside of the goggle chambers. After 15 min of preheating, its water evaporates and delivers heated steam,” the researchers explained.

On the other hand, the TheraPearl eye mask “consists of hundreds of tiny gel beads that are designed to retain heat after being heated in a microwave for 10–15 s before being placed on the patients’ closed eyelids for about 10–15 min,” they added.

For instance, OSDI scores dropped by a mean of 14.0 and 11.0 points from baseline to 3 months in the Blephasteam and TheraPearl arms, respectively, reflecting no significant difference between the two interventions (p=0.49). Such trend persisted until 6 months (–13.7 vs –12.6 points; p=0.71). Change in OSDI score between months 3 and 6 was likewise comparable between arms (p=0.92).

Notably, the researchers did detect minor but significant differences in the efficacies of the two devices. In particular, the TheraPearl mask induced a significantly greater decline in ocular surface staining (OSS) score from baseline to 3 months as compared with Blephasteam (median, 0 vs –1; p=0.01). This difference was attenuated by 6 months (p=0.24). Moreover, though significant, the OSS difference was deemed to be not clinically relevant.

“Further studies are warranted to confirm our results,” the researchers said. “The reason for nonsuperiority in the present study could be due to our choice of product as TheraPearl has previously never been compared to Blephasteam, [and] severe cases of MGD that require anti-inflammatory treatment were excluded.”

Nevertheless, the present findings suggest that both wet and dry heat devices can induce significant and comparable improvements in MGD symptoms, which in turn could help direct consumer choices.

“Considering the vast difference in price between the two treatment options, a simple heating system, such as TheraPearl, seems to be a good choice,” the researchers said. “[T]he results of our study have important implications for accessibility, as it shows that the more economical choice is just as effective.”