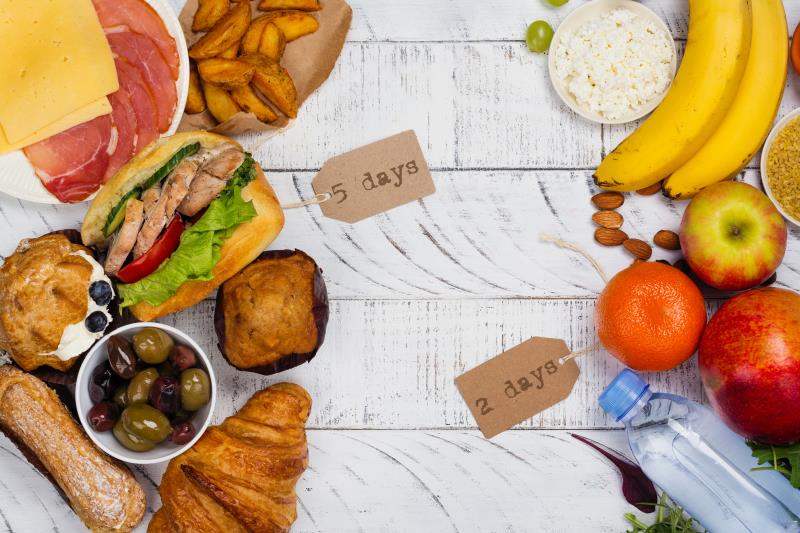 The benefits of the 5:2 diet – which involves limited caloric intake (500–600 kcal) for 2 nonconsecutive days per week only – mirrored those achieved with a multicomponent weight management advice, according to a UK study on adults with obesity. However, the benefits eventually waned, even when intensified with group support.

“[In our study,] a simple explanation of the 5:2 diet generated similar modest long-term outcomes as the traditional more complex advice and written instructions concerning diet and exercise. [When] accompanied by group support, [5:2] generated better early outcomes, but the effect weakened over time,” said the researchers.

Three hundred participants (mean age 48 years, 66 percent female, median BMI 33.8 kg/m2) were randomized 1:1:1 to receive Standard Brief Advice (SBA), 5:2 self-help instructions (5:2SH), or 5:2SH plus group support sessions (5:2G) and were followed for a year. Participants in the 5:2G arm were also encouraged to join an online forum to share their experience with others and keep themselves motivated to carry on with their regimen. [PLoS One 2021;16:e0258853]

Dieters who fail to religiously adhere to their regimens often grapple with weight regain. [Medical Clinics 2018;102:183-197] “There remains a need for a broader range of weight loss interventions that can be disseminated easily to the wider population,” said the researchers.

Popularized in the UK, 5:2 charmed its way into the hearts of dieters struggling with the rebound effect and has consistently drawn attention due to its simplicity, the researchers noted. Unlike other weight loss programmes, 5:2 only requires fasting for 2 separate days, with no restrictions on the remaining 5 nonfasting days per week.

“Compared with stricter approaches, this can be expected to have a weaker effect, but this downside could, in theory, be compensated for by better adherence and maintenance of the intervention,” said the researchers.

However, the findings appear to have digressed from this theory, as the high adherence rate initially seen with 5:2SH at 6 weeks (74 percent) eventually dwindled at 6 months (31 percent), more so at 1 year (22 percent). Retention* rates followed a similar trend (87, 70, and 56 percent at 6 weeks, 6 months, and 1 year, respectively). “The limited caloric allowance on fasting days seems to generate a degree of hunger and discomfort that proves eventually too severe for most clients,” the researchers explained.

Focusing on the modest results, neither SBA nor 5:2 seems worthwhile, the researchers said. However, the drop in baseline body weight of ≥5 percent at 1 year is “not negligible”, they stressed. “[While the 5:2] approach is not superior to the standard multimodal advice … it is simpler and more attractive to users … From this perspective, health professionals who provide brief weight management advice may consider including the 5:2 option.”

“The fact that 5:2 is much more straightforward and less demanding could make it particularly promising for people with high levels of stress, high incidence of unpredictable events, and limited resources,” they added.