The ‘slow’ life grows on you 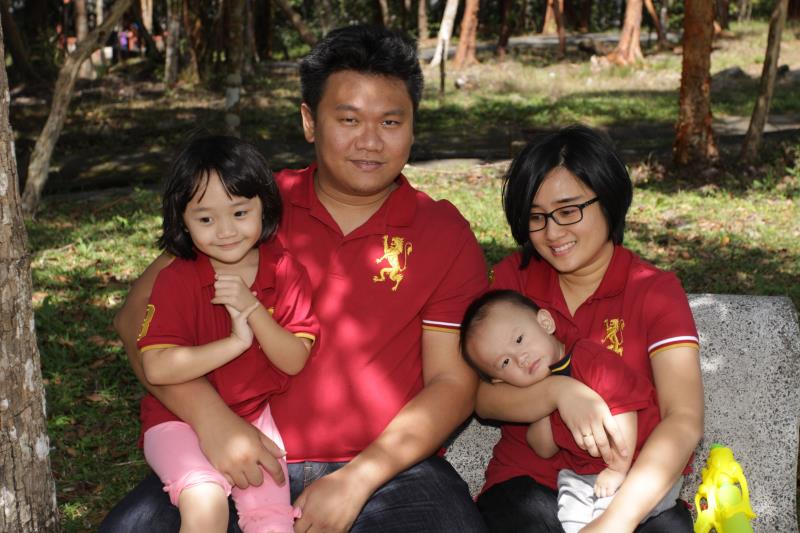 Dr Low and his family at an outing.

As we emerge from the challenging year that was 2020, MIMS Doctor presents our readers with a story about Dr Low YH, a doctor practicing in the Pathology Department . Like many of our young doctors, Low grew up in an urban setting, used to the comforts and amenities associated with city living. It came as a surprise to him and others around him when he fell in love with the small town, he was seconded to for his housemanship posting.

Low was a typical KLite, accustomed to the hustle and bustle of the city. He did his secondary education in Methodist Boys’ School. Even then, he was always fascinated with the aetiology of diseases. Once he completed school, it was a natural choice to venture into medicine. Low attended medical school at Crimea State Medical University in Ukraine. What Calvin’s dad (of Calvin and Hobbes fame) said about hardship building character certainly held true. Being far from home, and immersed in an entirely foreign culture not to mention harsh weather conditions, opened his eyes to the wonder and beauty of the world.

He said: “It was a humbling experience being sent to a foreign country where the citizens hardly speak English. But what it taught me is that those friends you make in university are those that you really build a bond with and can rely on when faced with difficulties. Being overseas teaches us how to get along with others and how to compromise when things don’t go our way.”

Low managed to complete his MD rather uneventfully and decided to return to Malaysia to serve the country. It was a rather long wait by the standard of the day, and after 9 months, he was finally given his posting. Looking back, Low said: “It was like a long vacation after medical school before stepping into the real world of work. It was like the calm before the storm. My dad told me it was the only long vacation that I will have, without worrying about anything else at that time—that was so true!”

Sent Away
While there was great relief at being called up to serve his housemanship but at the same time, Low dreaded every young doctor’s fear of being sent to a far away state, or worse, a small town in a far away state. In a way, this is what happened to Low, as he was seconded to Sungai Petani. He lamented not being given his first choice, which was Hospital Kuala Lumpur, the facility nearest to his house. In spite of all efforts, there was nothing he could do to change the location of his secondment and he had to pack his bags and say goodbye to his parents and friends after 9 months of bliss.

In Sungai Petani, Low was surprised to find that things weren’t that bad after all. Looking back, Low had this to say: “Newly graduated doctors’ fear nowadays is being sent to a small town in a faraway state. You should take the time to soak up the beauty and the distinct culture of the place you were being sent to, always look at the positives of things and of the people around you. You might be sent to a small town, but when you look at it from another perspective, there are hardly any traffic jams and people are much more friendly, the air is much cleaner than in the city. There are many natural places, which you could explore in your free time.” Indeed, Low has picked up a love for nature and goes on hikes and nature outings with his family.

In terms of his housemanship, Low considers himself to be extremely fortunate as he found himself amongst a group of great colleagues. These came from various places and were of different races. He found that the most important lesson he learnt during his housemanship was teamwork. “We worked as a team, ate as a team, and sailed through housemanship as a team.” He was grateful to his medical officers and specialists as they served as inspirational mentors and some are now his good friends. Above all the lessons they taught, Low believes the most important thing they imparted to him was the importance of accountability in their line of work.

Growing up in a small town has many benefits

As life settled into a routine and Low began to accept Sungai Petani as his home, Low felt it was a good time to settle down and start a family. He married his sweetheart and she relocated to be with him. It was not long before they welcomed the pitter patter of small feet.

Very soon, the kids were going to school and here, the small-town advantage is obvious, as well. He said: “School is less than 10 minutes’ drive even during the morning rush hour, unlike KL where kids have to wake up early just to make it to school on time.” On weekends, he brings his kids to the many streams and waterfalls nearby. This way, his kids have learned to appreciate nature and its beauty.

Time flies when you are having fun

In the blink of an eye, it has been a decade since Low’s posting to Sungai Petani. He has established himself in the Pathology Departmentand has an excellent team of colleagues at the hospital. He has also made many good friends across all races. Low said: “People are much more approachable in smaller towns.”

Perhaps the biggest plus point of living here—spending less time on commutes, Low noted. As a result, he gets to spend more time with family and friends.

Fear not the unknown

After years of staying in Sungai Petani and settling down there with his family. Low has this to say to fresh medical graduates—to approach new places with an open heart and to look at things from a new perspective. Importantly, make new friends, not just from the medical line but from all walks of life. This will prevent one from developing ‘tunnel vision’ and be able to look at things from various viewpoints.

Having a broad viewpoint has served him well in his practice and promotes empathy, a trait one may find hard to nurture under normal circumstances.

Being away from the hectic city life, Low has managed to spend more time with family and to indulge in a little more ‘me’ time. When the chance arises, he goes cycling and often brings his family to the streams, waterfalls, mountains and forests around Kedah.

Low also indulges in his lifelong passion of fishkeeping and also keeping exotic pets, such as ants.