Temperature tied to body weight in individuals with HF 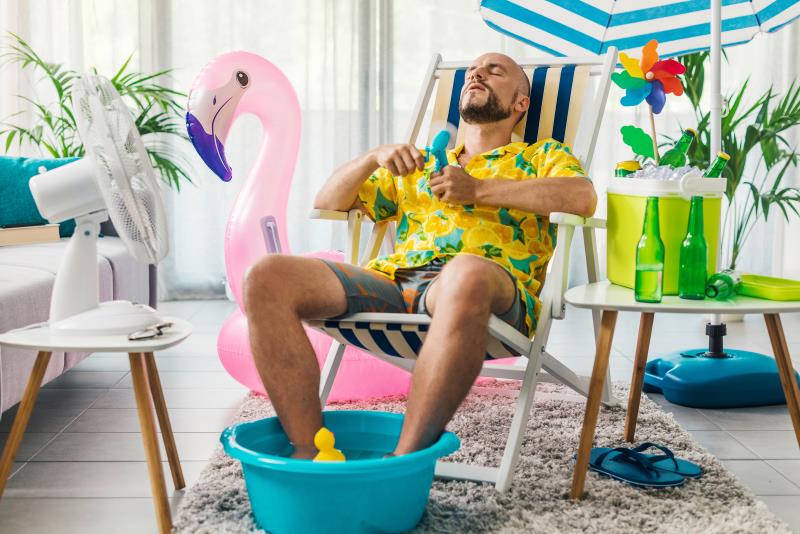 In a nationwide observational study, an association between temperature and body weight has been observed in individuals with heart failure (HF).

“We hypothesized that body weight of HF patients could change under the pressure of a heatwave, which could be a reason for acute decompensation or treatment side effects,” said the researchers.

“[I]n this analysis … the relationship between temperature and weight is very strong (p<0–7). The magnitude of the effect seems clinically relevant with a variation of 1.5 kg during a short period,” they continued. “The change in weight would be a surrogate for clinical worsening [and] could expose patients to increased symptoms, HF decompensation, and poor outcomes.”

The impact of global warming on human health

Global warming may increase the frequency of heatwaves which, in turn, may affect human health and run the risk of increased mortality. [Sci Total Environ 2021;790:147958] In a meta-analysis, heatwaves were significantly associated with cardiovascular mortality (risk estimate, 1.15). [Environ Res 2019;177:108610]

The 2003 European heatwave set record high temperatures across the continent, hitting France hard with over 15,000 deaths. This propelled authorities to proactively provide aid through swift implementation of protective measures, more so for older and vulnerable cohorts, including HF patients. “Public cooling rooms were opened, parks and pools extended operating hours, and museums with air-conditioning allowed free entry, among other measures,” said the researchers.

Sixteen years after, a strong episode of heatwave hit Europe again in the summer of 2019, with France again being one of the most affected countries. [Lancet Planet Health 2019;3:e290-e292]

Data from 1,420 participants (median age 73 years, 72 percent male, mean weight 78 kg) from 68 French counties (nearly 75 percent of the French territory) followed in the nationwide telemonitoring system were analysed. These individuals were either hospitalized for acute HF in the past month (independent from HF cause or other characteristics) or hospitalized in the previous year with either clinical NYHA* Class ≥II or increased natriuretic peptide (BNP >100 ng/L or NT-proBNP** >1,000 ng/L). [ESC Heart Fail 2022;doi:10.1002/ehf2.14129]

“In France … use [of the telemonitoring system] has been proactively encouraged by health authorities through national experimentation that started before the COVID-19 pandemic and was encouraged even more since the pandemic,” said the researchers.

However, they pointed out that this system was not designed for this purpose. “[As such,] we cannot exclude that some alerts could have been triggered during heatwaves by symptoms (fatigue) rather than an increase in weight (fatigue linked to decreased weight).”

“[Nonetheless, this analysis suggests] a new way to implement weight telemonitoring in HF,” said the researchers. Adaptative algorithms that integrate some environmental parameters (eg, daily temperatures, pollution) are thus warranted when telemonitoring weight and should be evaluated in future studies.

“[The study] also suggests a direct impact of global warming on human health, with acute episodes that are expected to occur more often, threatening patients with chronic diseases, especially the more fragile populations. In clinical practice … episodes of extreme heatwave [should be taken into consideration],” they concluded.