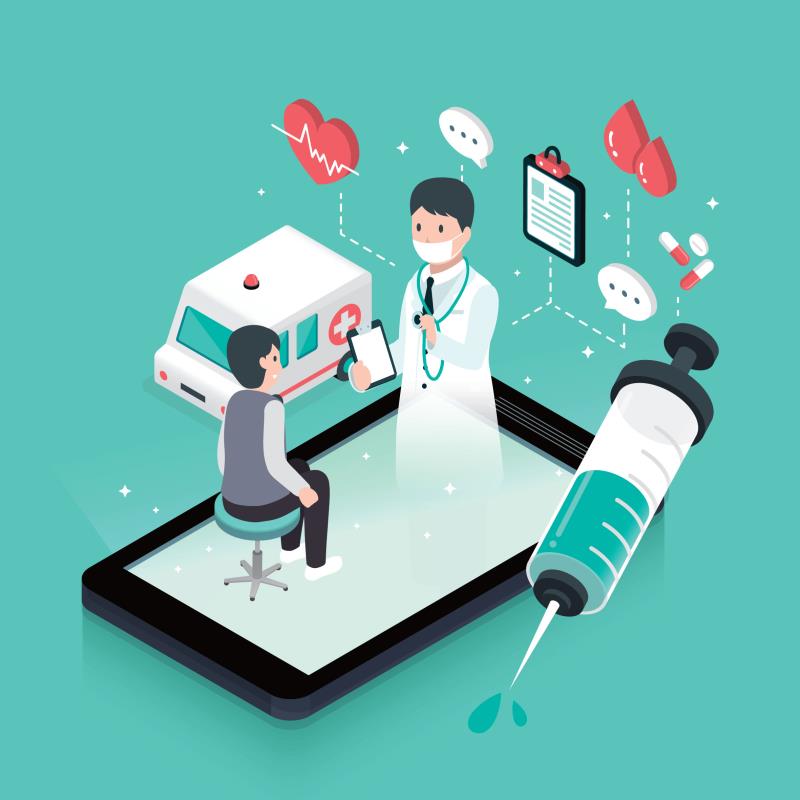 A pilot telemedicine initiative may be an alternative for facilitating delivery of intravenous iron (IVI) for individuals requiring iron supplementation.

“The e-IRON – a robust e-consult platform already operational at our facility – demonstrates the feasibility and efficacy of a telemedicine approach in triaging, and expediting the management of patients requiring IVI,” said presenting author Dr Mark Chaitowitz from the Montefiore Medical Centre, New York City, New York, US.

“The platform ensures effective supervision by specialist haematologists, but dispenses with the laborious, costly, and time-consuming traditional requirement of a face-to-face visit to the haematology clinic,” added Chaitowitz.

While oral iron supplementation may be sufficient to address iron deficiency anaemia (IDA), normal haematocrits levels may only be achieved after extended courses of treatment in some individuals, which usually entail gastrointestinal issues. [ASH 2020, abstract 425]

With the recent availability of formulations allowing for total dose infusions, IVI has been considered a fast, reliable, and safe approach for addressing IDA, noted Chaitowitz.

“Historically, at our institution and at many others, the path to IVI treatment entails initial referral to haematology, a face-to-face evaluation at a haematology clinic, followed by scheduling for infusion on another visit,” he explained.

However, median time from referral to infusion may take about a month, owing to chair availability and other scheduling issues, which could lead to inappropriate delays. Scheduling may also be affected by infusion requirements of other patients, such as those scheduled for surgery and pregnant women nearing their due dates, he pointed out.

To expedite the process, e-IRON was made available to referring physicians to facilitate ‘electronic’ referral to haematology for consideration for IVI, noted Chaitowitz. This template-based platform allows affiliated reviewing haematologists to determine appropriate management of referrals within a short amount of time (ie, 3 business days), following which, a determination is made for IVI; infusions shall then be scheduled within 10 business days.

Eighty-one e-IRON referrals were received during the initial 75-day evaluation period. A majority of patients merited the referral due to anaemia in pregnancy (n=39). “The largest subgroup … was from the prenatal clinics, likely as a result of a proactive protocol for management of IDA in pregnancy adopted by the department of obstetrics in conjunction with haematology,” said Chaitowitz. Other reasons were IDA (n=34), presurgery (n=7), and heart failure (n=1).

Haematologists from the e-IRON platform recommended, approved, and scheduled IVI for more than two-thirds (n=60) of the referrals, with two requiring additional face-to-face appointments. “[The] recommended IVI regimens entailed 1 or 2 infusion days, depending on the estimated iron deficit, and all first infusions were scheduled within 2 weeks of the request,” said Chaitowitz.

For the rest of the referrals, 13 required treatment other than IVI, one lacked information, while seven referrals had laboratory work that was not current. According to Chaitowitz, haematologists may guide those who were recommended against IVI about suitable alternatives.

“The value of this paradigm shift in patient care is underscored by lessons learned during the ongoing COVID-19 pandemic,” he added.