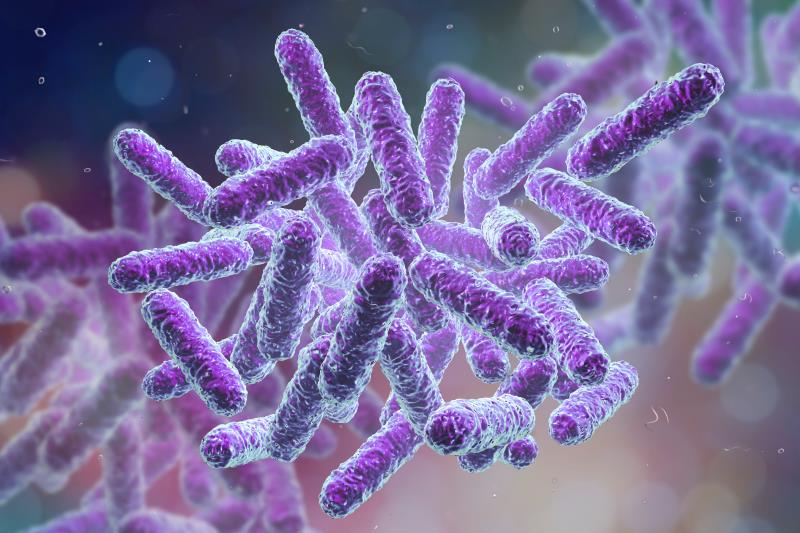 Epidemiology of multidrug-resistant organisms (MDROs) in Asia
Asia has the highest rates of 3rd generation cephalosporin-resistant Enterobacteriaceae. Unfortunately, the incidence of extended-spectrum β-lactamase (ESBL) infections is increasing rapidly in the community setting, with faecal colonization rates among healthy individuals being at 14 percent or higher. [J Travel Med 2017;24(Suppl 1):S44-51] 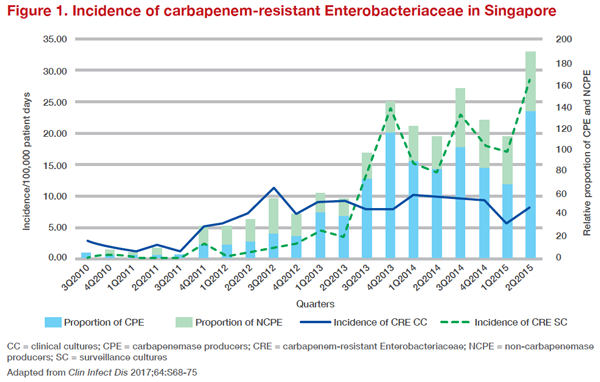 “Delays in the initiation of appropriate antimicrobial therapy in critically ill patients with ventilator-associated pneumonia, sepsis, or bacteraemia have been linked to substantially higher rates of mortality compared with patients who received early, adequate therapy. [Sem Respir Crit Care Med 2011;32:195-205] Conversely, the use of second-line agents with inferior bactericidal activity and unfavourable PK/PD [pharmacokinetic-pharmacodynamic] to treat MDROs may lead to possible adverse patient outcomes. These risks are amplified in ICU patients,” said Kurup.

Identification and diagnosis of MDROs
“Prompt identification through screening, surveillance, and diagnosis of MDROs is vitally important,” said Kurup. Typical risk factors for MDROs include older age, severe acute illness, comorbidities, hospitalization prior to ICU admission, presence of indwelling devices (eg, catheters), recent surgery or other invasive procedures, and antimicrobial therapy prior to ICU admission. Local epidemiology and prior colonization should also be taken into account. [JAMA 2009;302:2323; Antimicrob Agents Chemother 2001;45:2628]

“With new diagnostic tools, it is the beginning of the end of empirical treatment for hospital-acquired pneumonia (HAP),” opined Kurup. “Previous culture methods took 2–3 days to get the results, but using PCR [polymerase chain reaction] techniques, carbapenemase resistance can be confirmed in a few hours.”

Ceftazidime-avibactam: New treatment option for MDR gram-negative bacteria
Ceftazidime-avibactam is a recently approved agent combining ceftazidime and a novel beta-lactamase inhibitor with activity against MDR gram-negative bacteria. Compared with older beta-lactamase inhibitors, avibactam has an expanded spectrum of inhibition of class A and C beta-lactamases, including ESBL, AmpC, Klebsiella pneumoniae carbapenemase, and OXA-48. However, it is not active against MBL. [Core Evid 2014;9:13-25; Int J Antimicrob Agents 2015;46:483-493]

A study showed the efficacy of salvage therapy with ceftazidime-avibactam for CRE in 38 patients with multiple comorbidities, of which 74 percent achieved clinical and/or microbiologic cure. [Antimicrob Agents Chemother 2017;61:e01964-16]

Another study on 77 patients treated with ceftazidime-avibactam for CRE infections demonstrated that at 30 days, the survival rate was 81 percent, higher than those predicted by SAPS II and SOFA scores at the onset of infection, while the clinical success rate was 55 percent, ranging from 36 percent for pneumonia to 88 percent for UTI. [Antimicrob Agents Chemother 2018;62:e02497-17]

Role of ceftazidime-avibactam
“Ceftazidime-avibactam can be used as empiric treatment when there is known colonization or prior infection with Enterobacteriaceae strain producing KPC or OXA-48, or when there is a high prevalence of CRE or ESBL-producing Enterobacteriaceae together with the following factors: prior use of carbapenem and colistin, ICU admission or severe hospital-acquired infection, immunosuppression, and multiple comorbidities,” advised Chan.

In Singapore, ceftazidime-avibactam is indicated for the treatment of adults with cIAIs, cUTIs including pyelonephritis and HAP, including VAP.

“Ceftazidime-avibactam is an important treatment option against MDR gram-negative organisms, except MBL producers. More research is needed regarding optimal dosing regimens and the need for combination therapy,” concluded Chan.

Takeaway messages
·       Singapore has growing rates of infection with carbapenemase-producing organisms, with co-circulation of KPCs, NDM, and OXA types.

·       Delays in initiation of appropriate, effective antimicrobial therapy is associated with increased mortality, and this risk is amplified in ICU patients.

·       Ceftazidime-avibactam may be a suitable empiric therapy, based on risk-factors, in the treatment of infections caused by MDR gram-negative bacteria.