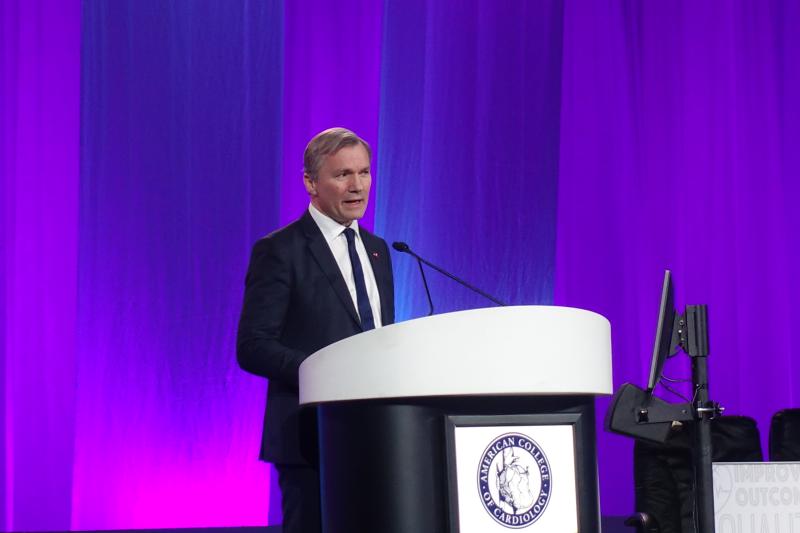 Long-term results of the POET* trial have suggested that patients with left-sided infective endocarditis (IE) could safely switch from conventional intravenous (IV) antibiotics to oral antibiotics, with oral antibiotics associated with a reduced mortality risk.

The results demonstrated that oral antibiotics may be as effective as IV antibiotics in certain stabilized patients, previously in a short term and now with longer-term follow-up, said lead author Professor Henning Bundgaard from Copenhagen University Hospital, Copenhagen, Denmark.

A total of 107 and 293 patients had prosthetic and native valves, respectively, and 152 patients underwent valve surgery compared with 248 who received conservative treatment.

These results were consistent among patients with native or prosthetic valves, and regardless of whether they were surgically or conservatively treated, said Bundgaard.

Patients with IE are usually treated in-hospital with IV antibiotics for up to 6 weeks, said Bundgaard. While the primary reason patients remain in hospital is to receive IV antibiotics, hospitalization is linked to further complications, he said.

“This new treatment may halve the hospital stay for patients with a heart valve infection,” said Bundgaard. “Oral antibiotics may be safely administered during approximately half of the recommended antibiotic treatment period and potentially as outpatient treatment … These findings clearly support a change in the standard of care for this condition,” he said.

However, he added that these results may not pertain to IE caused by bacteria species different from those included in the trial. Furthermore, none of the patients had antibiotic-resistant bacteria, a factor which could affect the findings.